Lalu Yadav has been accused of illegally facilitating a lease to run two hotels when he was the country's Railways Minister in 2008.

New Delhi: Lalu Yadav and his son Tejashwi, who is a minister in Bihar, have been charged with corruption in a case filed today by the CBI, which raided their home in Patna and a dozen other places. The searches began at 5.30 am this morning.

Mr Yadav has been accused of illegally facilitating a lease to a private company to run two hotels when he was the country's Railways Minister in 2008, in exchange for a two acre plot in Patna, where a mall is being built.

Mr Yadav's party RJD partners Chief Minister Nitish Kumar's party Janata Dal (United) in Bihar and both his sons are ministers. His wife Rabri Devi, a former Chief Minister, has also been named in the FIR or police complaint filed by the CBI. 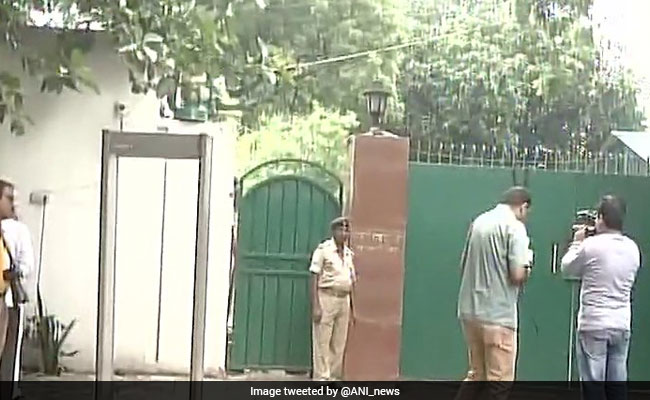 The CBI alleges that the Patna land was illegally transferred to Mr Yadav's family as a favour, in exchange for a 15-year lease given to an entrepreneur named Harsh Kocchar to run two hotels for the Railways in Puri and Ranchi.

Mr Kocchar sold the two-acre plot in Patna to a company owned by the wife of an MP from Lalu's party named Prem Gupta. Later, the land was transferred in the name of Mr Yadav's wife and sons.

The CBI has also registered a case against the man who headed the Indian Railway Catering and Tourism Corporation or IRCTC, PK Goyal, over the hotel lease.

Mr Yadav has denied any wrongdoing, claiming that Mr Kochhar was given the Railways hotels as the highest bidder in a transparent process.

The veteran politician, a two-time Chief Minister of Bihar who cannot hold public office now because of corruption charges, has been hemmed in by CBI and tax investigations against his family over the past few months.

Promoted
Listen to the latest songs, only on JioSaavn.com
The Income Tax Department has charged six members of the Yadav family, including his son, and parliamentarian daughter Misa Bharti, with proxy ownership of vast property worth Rs 1,000 crore using shell companies.

Mr Yadav has been rallying opposition forces against the BJP-led NDA and alleges that the corruption investigations are politically motivated.