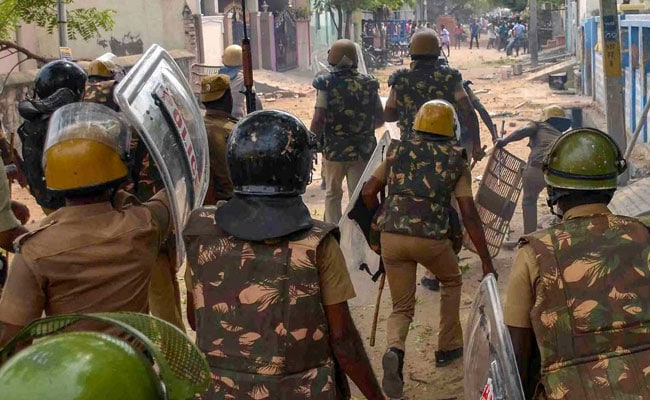 The Madras High Court has ordered the CBI to probe the police firing that killed 13 people while they were protesting against the Sterlite copper plant in Tamil Nadu's Tuticorin in May last week. The court directed the Central Bureau of Investigation to complete its probe in four months.

Violent clashes broke out in May as the police tried to stop protesters from marching to the district collectorate at Tuticorin; the protesters had been demanding a permanent closure of the Sterlite plant, owned by London-listed Vedanta Resources, on environmental grounds.

A video showing the police taking strategic position atop a bus and shooting at the crowd below, had triggered outrage.

An administration officer had claimed that he had asked the police to open fire, because the protesters were planning to set fire to the collectorate and the adjoining living quarters of Sterlite employees. Witnesses have described seeing someone firing from the top of a van.

Vedanta's Sterlite Copper smelter is one of only two major copper smelters in India and it had announced plans to double its capacity.

The Tamil Nadu government ordered that the plant be shut permanently on environmental grounds, and officials physically sealed the smelter, saying it was listening to residents' complaints.

Vedanta, in which Indian-born resources magnate Anil Agarwal has a controlling stake, has been accused by residents and environmentalists of polluting the city's air and groundwater. The state pollution control board in April rejected the company's request to renew its license to operate, saying it had not complied with environmental laws on five counts.

The company has denied it is in breach of any environmental laws.

The Supreme Court today also agreed to hear on August 17 the plea of the Tamil Nadu government challenging an order of the National Green Tribunal or NGT allowing Vedanta access to the administrative unit inside its closed Sterlite copper plant at Tuticorin.

A bench comprising Chief Justice Dipak Misra and Justice AM Khanwilkar considered the submission of the state government and posted its plea for hearing on August 17.

The NGT on August 9 allowed Vedanta to enter its administrative unit, observing that no environmental damage would be caused by allowing the company executives to access the administrative section.

The NGT, however, said the plant's production unit would remain closed.