Wildlife officials at the check-post heard the child's cries and found her on a forest path which is often used by wild animals, mostly elephants, officials said. 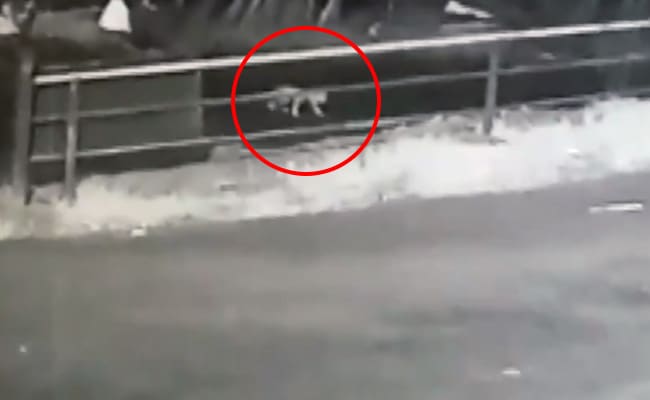 A case has been registered against the parents of the one-year-old toddler who had a miraculous escape after she accidentally fell off a moving jeep on a road inside a dense forest, police said on Tuesday.

The child had crawled to a nearby forest check-post after falling off the vehicle.

"According to the statements given by the forest officials, we have registered a case against the parents of the child under Section 75 of the Juvenile Justice (Care and Protection of Children) Act. The probe is on," an investigating officer told PTI.

Section 75 deals with punishment for cruelty to children.

The Kerala State Commission for Protection of Child Rights has also registered a case in this regard.

The child's father dismissed the allegation that they wanted to abandon the child and told media that he would prove their innocence.

The girl child, sitting on her mother's lap, fell off on Sunday night after her parents, exhausted by the journey, had dozed off.

They had travelled several kilometres when they realised that the child was missing, officials had said.

Wildlife officials at the check-post heard the child's cries and found her on a forest path which is often used by wild animals, mostly elephants, they had said.

The baby suffered minor injuries to her face and forehead due to the fall.

She was taken to a nearby hospital, where first aid was administered, and the police were informed.

CCTV visuals of the check-post showed the baby falling from the jeep and crawling to safety.

The child and her parents, natives of nearby Kambalikkandam, were returning home after a visit to the Palani temple in Tamil Nadu, Santhosh K S, Sub-Inspector, Munnar had said.