The accused are residents of Rajouri and Poonch district but appear to be working outside Jammu and Kashmir, police said. 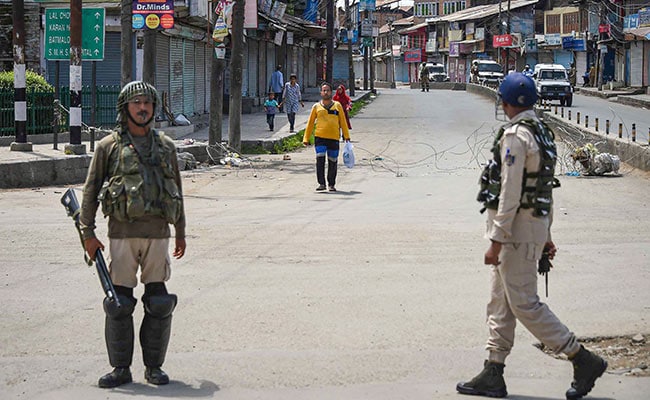 The police has registered a case under relevant sections of the IT Act. (Representational image)

The Jammu and Kashmir police has filed a case against five persons, all residents of Rajouri and Poonch districts, for posting "sensitive remarks" on Facebook that could disturb law and order in the state.

Senior Superintendent of Police Rajouri, Yougal Manhas said on Thursday that during routine surveillance of social media platforms, Rajouri police came across five Facebook accounts on which sensitive updates were being made constantly, with some updates that "could emerge as grave threat to peace and order".

The accused are residents of Rajouri and Poonch district but appear to be working outside Jammu and Kashmir, police said, adding that legal proceedings have been started against them.

The police has registered a case under relevant sections of the IT Act at the Rajouri police station and started investigations against the five.

The police official said the process to get their passports cancelled will be started soon. He also appealed to people to use social media platforms in a careful and positive manner.

He warned that those who "attempt to instigate the public by spreading rumours and fake posts having potential to disturb peace will be dealt with strictly under law and stern action will be initiated".

He appealed to those working abroad not to indulge in acts that could invite stern action.

Last week, two Facebook users were booked for posting "sensitive remarks" and legal proceedings against them were underway.