BJP MP Nishikant Dubey raised his allegation in the Lok Sabha today and said he had not experienced anything like this "in my life". 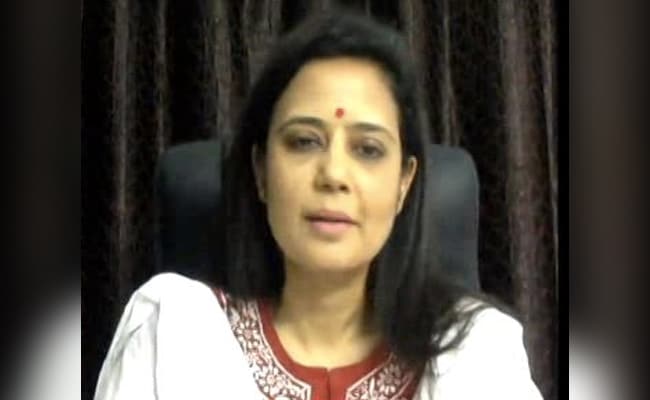 BJP MP Nishikant Dubey's charge that Trinamool Congress MP Mahua Moitra called him a "Bihari Gunda (Bihar goon)" thrice during a meeting of a parliamentary panel on IT has seeded an ugly row with regional overtones. Mr Dubey raised his allegation in the Lok Sabha today and said he had not experienced anything like this "in my life". Mahua Moitra has denied the charge, saying she is accused of using the slur at a meeting that never really took place.

"I want to draw attention of all members of this House. This is my 13th year as an MP and the way I was called ''Bihari Gunda'' at the parliamentary committee meeting yesterday by a woman, by Trinamool Congress, I have not seen this in my life," the BJP leader said, shouting over opposition protests over a range of subjects including the Pegasus snooping scandal.

"What is our fault? Our fault is to develop this country. We have worked as labourers, as Hindi-speaking people, whether from Uttar Pradesh or Madhya Pradesh... we have worked hard. We have learnt lessons from Lord Ram," Mr Dubey remarked, not naming Ms Moitra.

The MP has complained to Speaker Om Birla, calling it an attack on Bihar's pride.

"TMC is allergic to all the Hindi-speaking people. That's why they called me 'Bihari Gunda'. This is an attack on Bihar's pride She (Mahua Moitra) should apologise," Mr Dubey said on Wednesday. 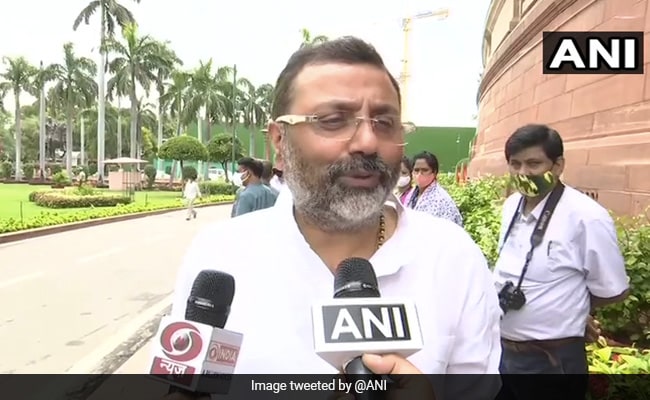 He also posted a tweet tagging Trinamool chief and Bengal Chief Minister Mamata Banerjee: "The way your MP abused me using the words Bihar goonda, your party's hatred towards north Indians and Hindi-speaking people has been exposed before the country."

Ms Moitra responded in a tweet: "Am a bit amused by charges of name-calling. IT meeting did not happen because NO quorum - members did not attend. How can I call someone a name who was not even present!! Check attendance sheet!"

Am a bit amused by charges of name-calling.
IT mtng did not happen because NO quorum - members did not attend.

How can I call someone a name who was not even present!!
Check attendance sheet!@ShashiTharoor , @KartiPC@NasirHussainINC@MdNadimulHaque6

The alleged name-calling has drawn a reaction even from the opposition. "It is saddening if someone has said such a thing. One must refrain from making such comments," said Rashtriya Janata Dal (RJD) leader Tejashwi Yadav, opposition leader in Bihar.

BJP leaders yesterday boycotted the IT committee meeting and refused to sign the attendance register. The meeting was reportedly meant to discuss the Pegasus scandal involving allegations of Israeli Pegasus spyware allegedly used to snoop on opposition politicians, two Union Ministers and 40 journalists. The Trinamool says it was cancelled because there weren't enough members. But Mr Dubey claims it was at this meeting that the pejorative was thrown at him.

This adds to an ongoing controversy in the IT panel over Mr Dubey's demand for the removal of Congress MP Shashi Tharoor as its chief.

The BJP MP moved a privilege motion against Mr Tharoor yesterday and said he should be removed from as chairman of the Standing Committee on IT.

Mr Dubey wrote in his letter to the Speaker: "Needless to say that this 'gentleman'' has not only disrobed the democratic functioning of an August Committee but also exhibited an extreme high level of sycophancy towards his political masters, who still have a false notion of ruling our country and its democratic institutions by way of destroying them bit-by-bit and also creating a ruckus through their cronies like the present Chairperson of the Committee on Information Technology."