The probe throws more light on the circumstances surrounding VG Siddhartha's death last June when his body was found floating in a river two days after he went for a walk along a bridge. 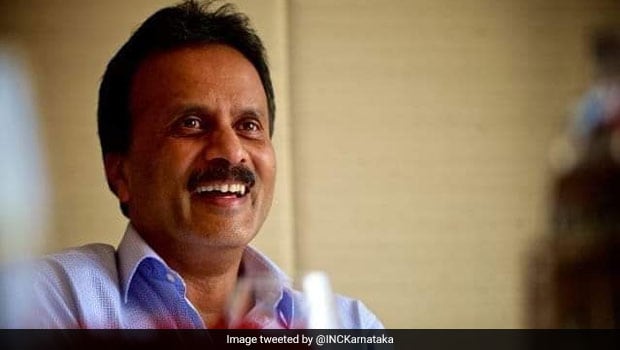 VG Siddhartha founded his chain in 1996, more than a decade before Starbucks entered India (File)

Coffee Day Enterprises Limited, the owner of India's largest coffee chain, has found that its late founder routed 27 billion rupees ($360 million) out of the company through transactions first revealed in a note found after his suicide last year.

VG Siddhartha caused subsidiaries of Coffee Day to pay advances to a firm controlled by his family so he could buyback shares held by private equity investors, repay loans and keep up with interest payments on other borrowings, the company said in a filing Friday, disclosing the results of a nearly-year long investigation.

The company will seek to recover the money from VG Siddhartha's closely held firm, Mysore Amalgamated Coffee Estates Limited, as well as 8.4 billion in outstanding obligations disclosed previously, according to the filing.

The probe throws more light on the circumstances surrounding VG Siddhartha's death last June. His body was found floating in a river two days after he went for a walk along a bridge. Soon after, a letter apparently signed by him was delivered to Coffee Day's board, where he described massive debts, mounting pressure from lenders and took sole responsibility for unnamed financial transactions.

The probe into VG Siddhartha's letter and some of the financial transactions was led by Ashok Kumar Malhotra, a retired senior official from India's federal law enforcement agency. It found that the demands from investors to have their stake in Coffee Day bought out, from lenders for repayment and the attachment of assets by tax authorities contributed to a "severe liquidity crisis" for Siddhartha.

"I would like to say I gave it my all," Siddhartha wrote in his last note. "I am very sorry to let down all the people that put their trust in me. I fought for a long time but today I gave up."

The letter struck a chord in India's business community saddled with the world's worst pile of soured loans after they binged on debt-fueled growth for a decade. As consumers pared spending and banks lending, indebted Indian firms started floundering - a downward spiral made worse by the coronavirus pandemic, which has triggered a broader economic collapse.

The twin crises in Coffee Day's balance sheet and the broader economy have only increased the urgency of the asset sales the company is depending on to pare the nearly 72 billion rupees debt Siddhartha left it with.

Sale of a tech park in Bangalore to private equity giant Blackstone Group brought in 27 billion rupees while selling Coffee Day's stake in tech firm Mindtree Limited provided another 18 billion rupees. These and other deals have helped the company cut its debt to 32 billion rupees, the filing said.

But the company's core business is struggling amid India's coronavirus lockdown -- the biggest and one of the most stringent in the world.

Originally an investment banker, Siddhartha was born in the coffee heartland of Chikmagalur to a family of coffee planters, and founded his chain in 1996 to keep programmers in the IT hub, Bengaluru, caffeinated, more than a decade before Starbucks entered India. Father of two children, he was known to work as a barista or waiter in one of the cafes of his far-flung empire to gain insights into his customers and the lives of his staff.

The publicly traded Coffee Day was supposed to be India's answer to Starbucks. More than 1,700 of its Café Coffee Day outlets blanketed cities and highways at its peak, offering affordable options for the country's aspiring middle classes with its tagline: "A lot can happen over coffee."