Ashok Kumar Malhotra is a retired Deputy Inspector General of the Central Bureau of Investigation. 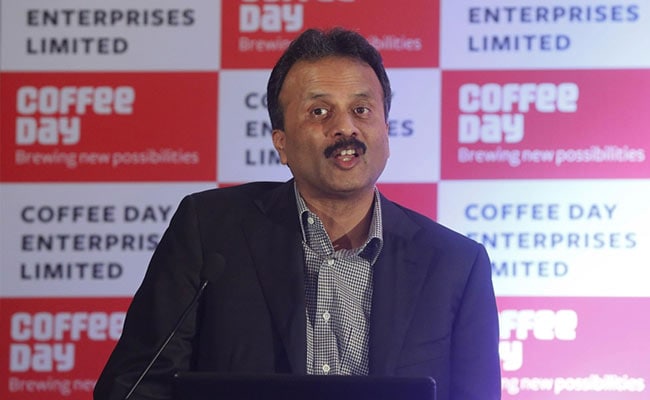 VG Siddhartha, 60, is alleged to have committed suicide on July 29 night. (File)

Former CBI official Ashok Kumar Malhotra will investigate the letter that Cafe Coffee Day (CCD) owner VG Siddhartha allegedly wrote to the company's board on July 27, two days before he went missing and was then found dead on July 31, a CCD official said today.

"Though the board on August 8 appointed global audit firm Ernst & Young (E&Y) to investigate the letter's contents, it has decided to engage Malhotra's services after the former recused itself from the probe citing conflict of interest," the official said.

Mr Malhotra is a retired Deputy Inspector General (DIG) of the Central Bureau of Investigation (CBI).

E&Y was also to scrutinise the books of accounts of the company and its subsidiaries.

"As E&Y is also our external auditor, adviser on taxation, providing software and does due diligence of the company and its subsidiaries, a conflict of interest was found in probing the letter," said the official, citing a regulatory filing with the Bombay Stock Exchange.

New Delhi-based Agastya Legal LLP will assist Mr Malhotra in the investigation into the contents of the two-page letter found in Siddhartha's office in the city on July 30 when a search was carried to find out if he left any suicide note.

Mr Siddhartha, 60, is alleged to have committed suicide on July 29 night by jumping off the road bridge into the Netravathi river, as his body was found on its banks on July 31 morning.

In the signed letter, Siddhartha claims to be solely responsible for all the mistakes he apparently committed.

"I am solely responsible for all mistakes. Every financial transaction is my responsibility. My team, auditors and senior management are totally unaware of all my transactions. The law should hold me, and only me accountable, as I have withheld this information from everybody including my family," the letter, which was found in Mr Siddhartha's table drawer, said.

The state police is investigating the case to ascertain what drove Mr Siddhartha to commit suicide, and a forensic audit of his personal accounts and company books will reveal the mistakes he claims to have made and the transactions his team, auditors and senior management were unaware of.

The Income Tax department, which was inspecting his office and personal accounts for compliances, claimed Siddhartha's signature in the letter was not the same as in his annual reports, though the company's board confirmed that it was authentic.

"My intention was never to cheat or mislead anybody, I have failed as an entrepreneur. This is my sincere submission, I hope someday you will understand, forgive and pardon me," said Mr Siddhartha, sounding apologetic for omissions and commissions that ended his life.

"Malhotra shall appoint and take support of any other professional/firm to expedite the investigation into the letter," added the filing.