Cafe Coffee Day founder VG Siddhartha was last seen on the bridge over the Netravati river in the coastal town on Monday evening, according to the police.

Cafe Coffee Day founder VG Siddhartha, the son-in-law of former Karnataka Chief Minister SM Krishna, was found dead on Wednesday morning, 36 hours after he went missing from a bridge near Mangaluru in Karnataka. A massive search operation involving multiple agencies was on since Monday evening, when Mr Siddhartha went missing. The body had washed ashore the Netravati river near Ullal in Mangaluru and was found by fishermen at around 6:30 in the morning.

"Two fishermen found Siddhartha's body early this morning (Wednesday) about 500 metres away from the road bridge from where he is alleged to have jumped into the river on Monday night," Mangaluru Police Commissioner Sandeep Patil told reporters.

"I saw a body floating while I was fishing and then, I informed the police. I participated in the rescue operations with the district administration yesterday as well," fisherman Rithesh told reporters. 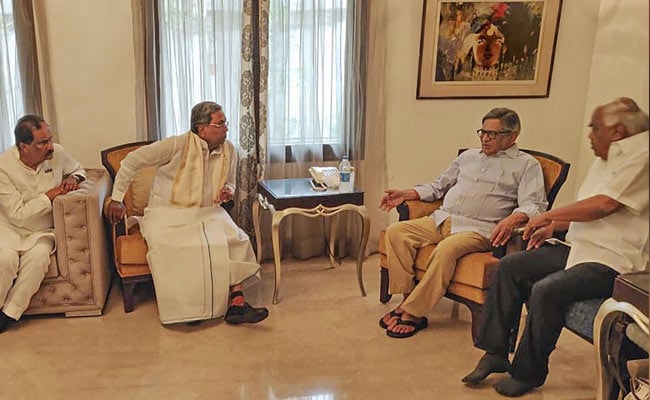 Congress veteran Siddaramaiah was among those who met VG Siddhartha's father-in-law SM Krishna on Tuesday. (PTI)

The Mangaluru police chief said they are investigating to determine whether Mr Siddhartha took his own life.

Politicians from across party lines condoled Mr Siddhartha's death. "They (Siddhartha''s family) are making arrangements for the funeral. I will also attend it. I have no words to comfort the family," Karnataka Chief Minister BS Yediyurappa said. "He had more assets than liabilities," he said.

JDS chief and former prime minister HD Deve Gowda said, "I am shocked by the demise of VG Siddhartha. He was a very simple man. I knew him for the past 35 years. He had paved way for jobs for thousands of people. The government should properly investigate the cause of his tragic death."

Mr Siddhartha is survived by his wife Malavika Hegde and two sons.

Multiple teams of police forces, along with the Coast Guard and the National Disaster Response Force, had been searching for Mr Siddhartha. Police had also used dog squads and inflatable boats and roped in local fishermen to search the river. 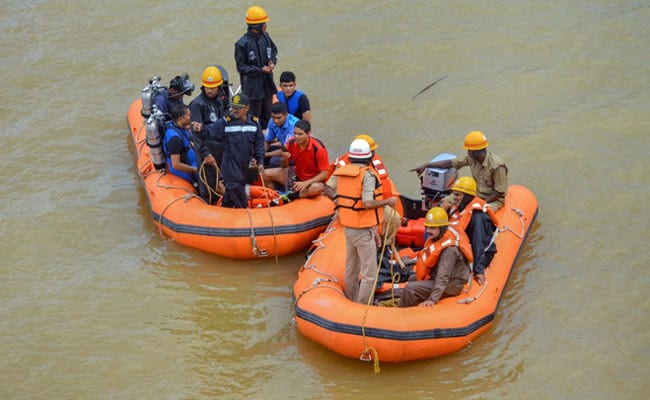 An intense search operation was carried out to look for Cafe Coffee Day founder VG Siddhartha.

A fisherman had on Tuesday claimed that he saw someone jumping off the bridge.

Calling for a fair probe into his death, senior Congress leader and former Karnataka Chief Minister Siddaramaiah said the letter reportedly written by Mr Siddhartha "discussed about tax terrorism, which is an ugly face of politically motivated institutions".

The letter supposed to have written by V G Siddhartha few days before his death has discussed about tax terrorism, which is an ugly face of politically motivated institutions.

What signals are we sending to the budding entrepreneurs without even an attempt to reform?
2/2

Coffee Day Enterprises held an emergency board meeting on Wednesday and named independent board member SV Ranganath as interim chairman.

(With inputs from PTI, ANI, IANS and AFP)