Man Who Shot Cop In Bulandshahr During Mob Violence Arrested: UP Police

Sources say the police have also identified the man suspected to have snatched the service revolver of inspector Subodh Kumar Singh.

The police were able to identify Prashant Natt from the videos of the violence.

Three weeks after inspector Subodh Kumar Singh was killed during mob violence over cow carcasses in Uttar Pradesh's Bulandshahr, the man who allegedly shot him has been arrested by the police. The accused, Prashant Natt, was arrested from the Bulandshahr-Noida border on Thursday afternoon.

The UP Police say he has confessed to shooting Subodh Singh.

"Prashant Natt has accepted that he shot inspector Subodh Singh. We are interrogating him and expecting more facts about the incident to emerge," said Prabhakar Chaudhary, Senior Superintendent of Police, Bulandshahr.

Along with Prashant Natt, sources say the police have also identified the man suspected to have snatched the service revolver of inspector Subodh Kumar Singh. This suspect, Johnny, too is a resident of Bulandshahr, sources added.

The names of both Prashant Natt and Johnny were not in the First Information Report filed after Subodh Kumar Singh was killed. They were, however, seen together in videos of the violence, through which the police zeroed in on them. 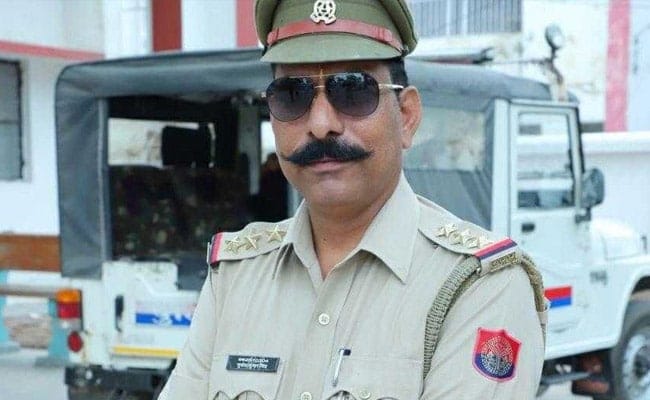 Police inspector Subodh Kumar Singh was hit with a stone by the mob.

An army man Jitendra Malik, also known as Jeetu Fauji, who was also suspected to be one of the main accused in the killing, was arrested on December 9 and is currently in judicial custody.

Inspector Subodh Kumar Singh was attacked by a mob when he and his team had gone to a village to defuse tension after cow carcasses were found in a forest. The protests escalated after Bajrang Dal activists came to the area and blocked a road with a truck carrying the dead cows.

He was first hit with a rock by a mob of around 400 people, who chased his car to a field and shot him dead. A 20-year-old local man was also killed in the mob violence.

Yogesh Raj was the one who complained to the police on the cow carcasses and demanded action against cow slaughter.

The Uttar Pradesh government has been severely criticised by opposition leaders over law and order and for its handling of the situation after the violence.