Bulandshahr Violence Highlights: "Why Is There Jungle Raj In UP," Says Mayawati

Four persons have been arrested and four detained after a police officer was shot dead allegedly by a mob that surrounded policemen at a village in western Uttar Pradesh's Bulandshahr, including the main accused, identified as Yogesh Raj. Inspector Subodh Kumar Singh, before he was shot dead, reportedly tried to control mob violence in the village after carcasses of 25 cows were found in forests close to a police post. A local man was also killed in an hour of violence provoked by allegations of cow slaughter. The mob also burned down a police station and set fire to several vehicles.

Video footage, recorded from a cellphone, shows Subodh Kumar Singh's limp body in his car with its windscreen shattered and doors open.

A post mortem report confirmed that Mr Singh died of bullet injuries. The mob that allegedly killed him took away his service gun and mobile phone as well.

BSP leader Mayawati hit out at the BJP over the violence in Bulandshehr. "The BJP is responsible for providing sanction to all kinds of chaos," said Mayawati in a statement.

Efforts are on to identify the men seen in the video. Chief Minister Yogi Adityanath has asked for a preliminary report over the incident within two days. A compensation of Rs 40 lakh was also announced for his wife, Rs 10 lakh for his parents as well as a government job for a family member.

Here are the highlights on the Bulandshahr violence in Uttar Pradesh:

Dec 04, 2018 18:31 (IST)
National Human Rights Commission or NHRC issued notice to the Uttar Pradesh government over the killing of two people, including the officer.
Dec 04, 2018 17:15 (IST)
Government is taking up proper steps and an order for investigation has been given. Stringent actions will be taken against the culprits: Dinesh Sharma, UP Deputy Chief Minister
Dec 04, 2018 16:55 (IST)
Incident that took place yesterday is condemnable. Chief Minister Yogi Adityanath has given orders for probe. I hope truth will be out in 2 days as he said. Strict action will be taken against those who committed this crime.Whatever may be the reason, such incidents can't be allowed: Governor Ram Naik
Dec 04, 2018 16:47 (IST)
It appears to be a pre-planned incident. In western Uttar Pradesh, using cow slaughter as issue, there were attempts in the past to create communal tensions when polls were approaching. Everyone remembers how in Muzaffarnagar, riots took place in 2013 before Lok Sabha polls: Prakash Karat
Dec 04, 2018 16:45 (IST)
Uttar Pradesh Chief Minister Yogi Adityanath has called for a meeting with officials today at his residence over law and order situation in the state, reports news agency ANI.
Dec 04, 2018 16:11 (IST)
He worked with utter honesty and took all the responsibility on himself. This is not the first incident, he had bullet injury twice before. But now nobody is giving him justice. Justice will be done only if his killers are killed: Subodh Singh's wife
Dec 04, 2018 14:03 (IST)
Bulandshahr Violence: Congress tweets on the violence in Uttar Pradesh
"Why is it that every time there is a case of violence driven by hate, members of the BJP are involved in some way?" tweeted the Congress.

Why is it that every time there is a case of violence driven by hate, members of the BJP are involved in some way? https://t.co/6C0fGYJspn

Read Here: UP Mob Violence: 4 Arrested In Bulandshahr Cop Murder; Main Accused Had Complained Of Cow Killing
An activist of a prominent right-wing group is "Accused No. 1" in the frightening murder of a police officer by a mob that chased his car and shot him in violence yesterday over the slaughter of 25 cows in Uttar Pradesh's Bulandhshahr. Yogesh Raj, a member of the fringe group Bajrang Dal, is missing while two have been arrested for the killing.
Dec 04, 2018 13:31 (IST)
Bulandshahr Violence: Main accused, Yogesh Raj, is yet to be arrested, says a top police officer
4 people have been arrested so far, Anand Kumar, a top police officer said at a press conference. The main accused is still on the run, the police officer said.
We have seen footage on camera, while six teams are actively working round-the-clock in the case. Inspector Subodh Kumar will be cremated with full honours.
The Rapid Action Force or RAF has been placed across Bulandshahr.
The SIT is at the spot and is carrying out their investigation. They will determine if the Bulandshahr incident was preventable or not.
We stand in solidarity with the family members and are supporting them in whatever way possible, he said.
Dec 04, 2018 13:16 (IST) 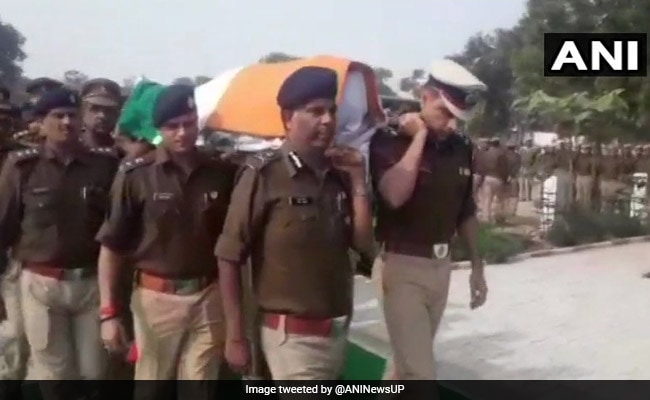 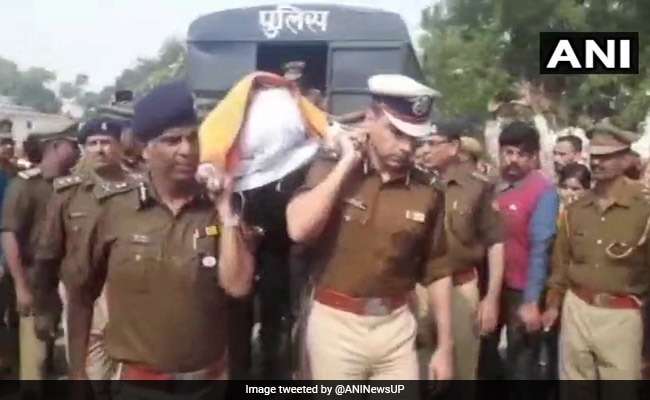 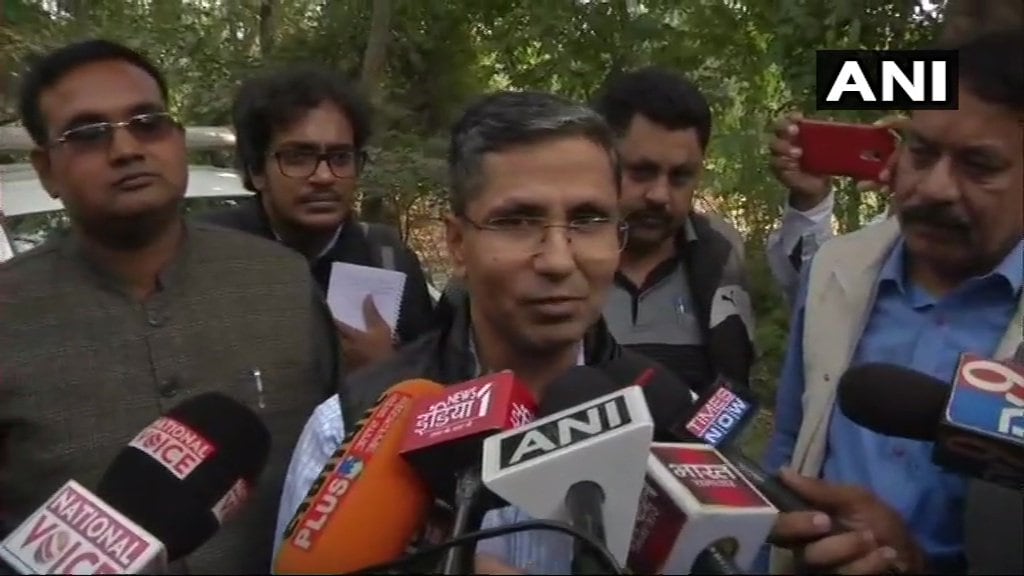 "As UP & the country descend into complete lawlessness, Yogi & Modi look to reap electoral benefits over the deaths of Muslims, Dalits & now even PoliceMen!" the CPM said in the tweet.

Lynch mobs and vigilante groups are now killing policemen in uniform at the behest of BJP-RSS.
As UP & the country descend into complete lawlessness, Yogi & Modi look to reap electoral benefits over the deaths of Muslims, Dalits & now even PoliceMen!#BulandshaharViolencepic.twitter.com/YMp6uAEffR 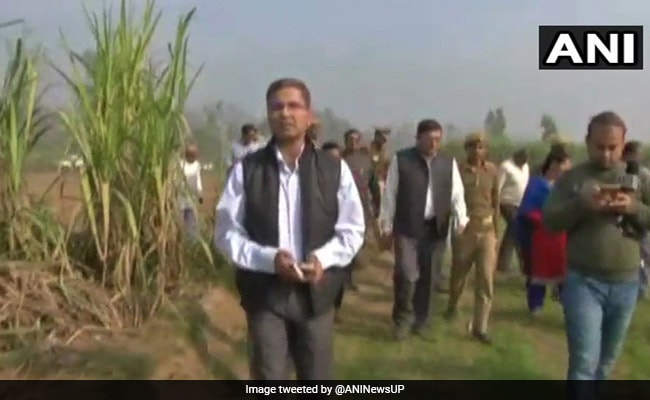 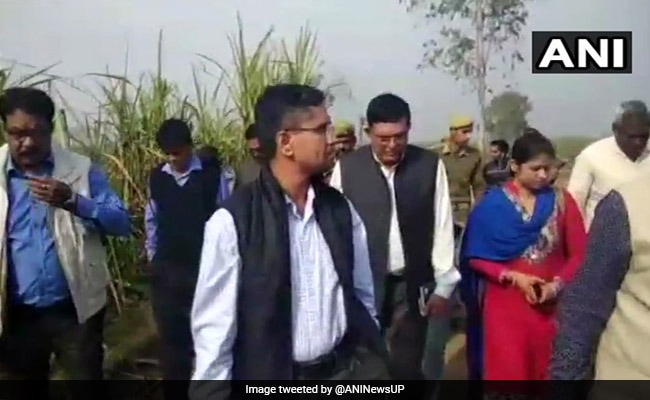 "State government has said that whoever is responsible will be brought to justice without any bias. I appeal to people to stay cautious of the elements who are creating unrest for their own interests," he said.
Dec 04, 2018 11:02 (IST)
Bulandshahr Violence: Main accused, Yogesh Raj, has been arrested
The activist of a prominent right-wing organisation is "Accused No. 1" in the frightening murder of a police officer by a mob that chased his car and shot him in violence yesterday over the slaughter of 25 cows in Uttar Pradesh's Bulandshahr.

Yogesh Raj, the main accused, is a member of the Bajrang Dal. He was the man who had filed a complaint about cow slaughter after 25 carcasses were found in the forests in the area last evening.

He has now been arrested. 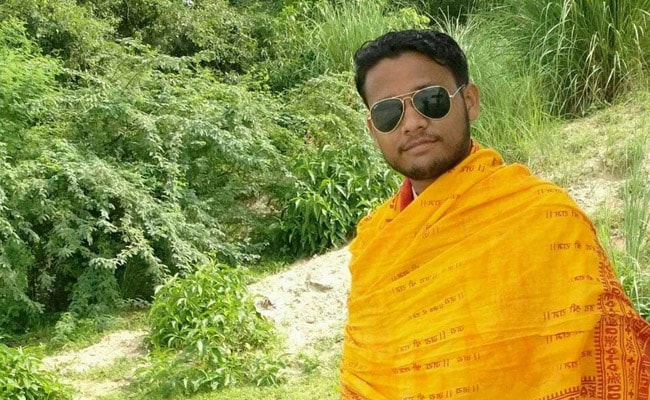 Dec 04, 2018 10:22 (IST)
Bulandshahr Violence: 3 men have now been arrested
Three men have been arrested a day after Inspector Subodh Kumar Singh was killed by a mob that went on a rampage over the slaughter of 25 cows in Bulandshahr.
Dec 04, 2018 09:51 (IST)
UP Mob Violence: 27 people named by police in complaint over Bulandshahr violence, 60 unnamed people also mentioned
Over the violence in Bulandshahr, which led to the killing of Inspector Subodh Kumar Singh, a complaint was registered against 27 people named by police. Further, 60 unnamed people have also been mentioned in the complaint.
Dec 04, 2018 09:32 (IST) 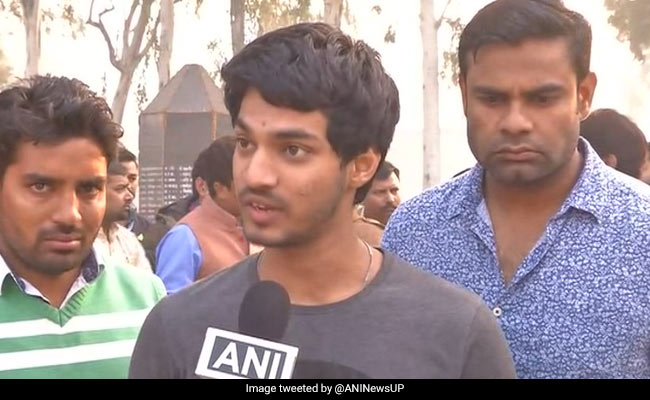 Mobsters in Bulandshahr shoot a policeman

Trials are being openly subverted

Is this the 'badlav' you promised Modiji ?