Mr Bhadoria said that the state government is "taking action against all those people who are raising questions against their failures." 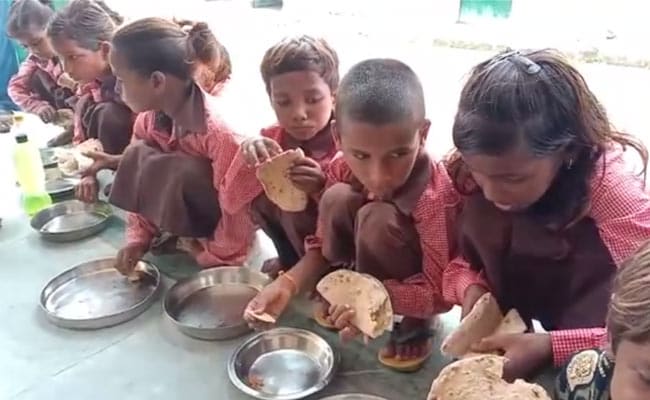 "In India, we have the highest malnutrition among the children and women. This provision of mid-day meal was created to provide nutrition to the children, but now we see it being misused. The children are being provided just chapati and salt. I think the future of this country is being targeted through chapati and salt," Mr Bhadoria told ANI.

"I must say that unless we give freedom to the press for highlighting this problem, we are trying to somehow undermine democracy and the Constitution," he added.

Mr Bhadoria said that the state government is "taking action against all those people who are raising questions against their failures."

She had said that the treatment of the government towards the children is condemnable.

"In Mirzapur's school, students are being served salt and roti as mid-day meal. This is the real state of affairs of the BJP government in Uttar Pradesh. The government facilities are getting poorer and such treatment towards children is highly condemnable," Ms Gandhi had tweeted in Hindi along with the video that shows young children sitting on the floor of the school corridor, eating rotis with just some salt in their plates.

On August 22, children in a primary school in Mirzapur district were served chapatis and salt instead of vegetable or pulses along with milk and fruits for their lunch as part of the mid-day meal scheme.

After being intimated about it, district authorities called it "a serious lapse" and initiated an inquiry into the incident at Siyur primary school in Hinauta village. A teacher was also suspended in this regard.

The administration had reportedly registered an FIR against the people who highlighted the incident.