For his adulatory tweet on Arvind Kejriwal's Aam Aadmi Party (AAP) that came to power after the Congress's defeat in Delhi, Milind Deora has also been questioned on Twitter 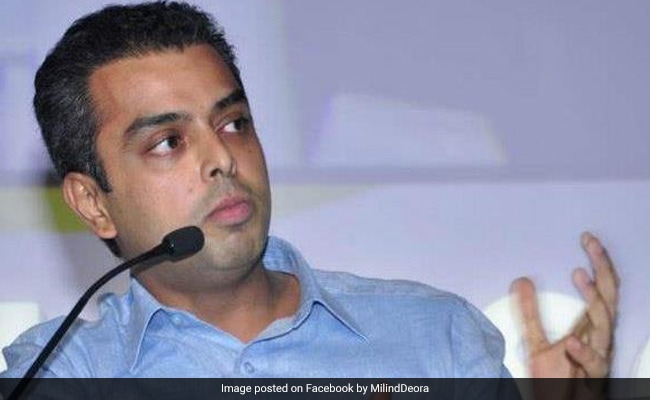 Congress leader Milind Deora's tweet praising the Arvind Kejriwal government on Sunday earned him a pungent response from his colleague Ajay Maken, who advised him to "quit" the party if he wanted to before propagating "half-baked facts". Milind Deora delivered an equally sour reply.

For his adulatory tweet on a party that came to power after the Congress's defeat in Delhi, Milind Deora has also been questioned on Twitter whether he is on his way to Arvind Kejriwal's Aam Aadmi Party (AAP).

This is what Mr Deora, a senior Maharashtra Congress leader, had tweeted hours after Mr Kejriwal was sworn in as Chief Minister for the third time: "Sharing a lesser known and welcome fact -- the Arvind Kejriwal-led Delhi Government doubled its revenues to Rs 60,000 crore and maintained a revenue surplus over the last 5 years. Food for thought: Delhi is now one of India's most fiscally prudent governments."

Mr Deora then tweeted back: "Brother, I would never undermine Sheila Dikshit's stellar performance as Delhi CM. That's your specialty. But it's never too late to change! Instead of advocating an alliance with AAP, if only you had highlighted Sheila ji's achievements, Congress would have been in power today."

But it's never too late to change!

Instead of advocating an alliance with AAP, if only you had highlighted Sheila ji's achievements, @INCIndia would've been in power today https://t.co/aiZYdizdUL

AAP's remarkable sweep in the second consecutive Delhi election has seeded all-out dogfight within the Congress, which failed to win even a single seat in the 70-member assembly for the second time.

While a section of leaders like Mr Deora and P Chidambaram complimented AAP for defeating BJP, another group was openly critical of these views, pointing out that AAP's performance was at the cost of the Congress, which ruled Delhi for three straight terms under Sheila Dikshit till 2013.

"Sheila Dikshit ji was a remarkable politician & administrator. During her tenure as Chief Minister, Delhi was transformed and Congress was stronger than ever. Unfortunate to see her being blamed after her death. She dedicated her life to INC India and the people of Delhi," Mr Deora had tweeted.