Milind Deora was generous in his praise for Arvind Kejriwal even on the day the Delhi assembly poll results were declared, when the Congress scored a zero. 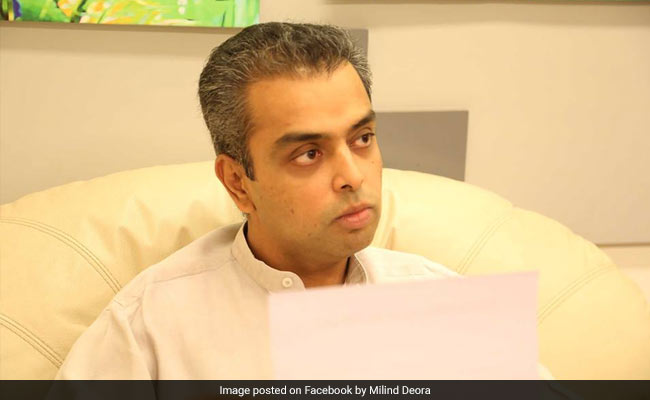 Milind Deora's ties with the Congress old guard has been strained in recent months. (File)

While many a Congress leader has taken heart in the Aam Aadmi Party's (AAP) redoubtable win over the BJP in this month's Delhi election, Milind Deora on Sunday sent Twitter buzzing after posting a highly effusive video of Chief Minister Arvind Kejriwal.

Mr Deora, who was generous in his praise for the AAP chief even on the day the Delhi assembly poll results were declared, on Sunday shared a video, writing, "Sharing a lesser known & welcome fact - the @ArvindKejriwal-led Delhi Government doubled its revenues to Rs 60,000 crore & maintained a revenue surplus over the last 5 years. Food for thought: Delhi is now one of India's most fiscally prudent governments."

Food for thought: Delhi is now one of India's most fiscally prudent governments pic.twitter.com/bBFjbfYhoC

Arvind Kejriwal, who took oath as Delhi Chief Minister for the third time on Sunday, was quick to retweet the gushing video that came amid growing criticism from his opponents that AAP won the election because of its welfare measures like free water, electricity and bus rides.

Mr Deora's tweet scooped up nearly a thousand retweets and over 3,000 likes within an hour of positing it. Many Twitter users asked if the 43-year-old leader was thinking of joining the Aam Aadmi Party.

Why don't you join them and lead the show for them in Mumbai?

Milind Deora, seen as one of the Congress party's most suave leaders, has sounded discordant notes from his party's old guard in recent months.

The strain was all but public following his resignation as Mumbai Congress chief after the party's dismal show in national elections last year, just months after replacing rival Sanjay Nirupam.

After the Delhi election results - in which the Congress scored zero for the second consecutive time, Mr Deora had complimented Mr Kejriwal, saying his focus on development had won him the stunning victory with 62 of 70 seats.

Last September, Mr Deora's praise for Prime Minister Narendra Modi's rally for the Indian community in Texas, attended by US President Donald Trump as a "momentous first for India's soft power diplomacy", had also made headlines after the Prime Minister replied with a 'Thank You'.