Bring Petrol Under GST For The Sake Of Common Man: Rahul Gandhi To PM

Rahul Gandhi's fresh push for bringing petrol and diesel under the purview of GST came a day after the centre effected a Rs 2.50 per litre cut in their prices. 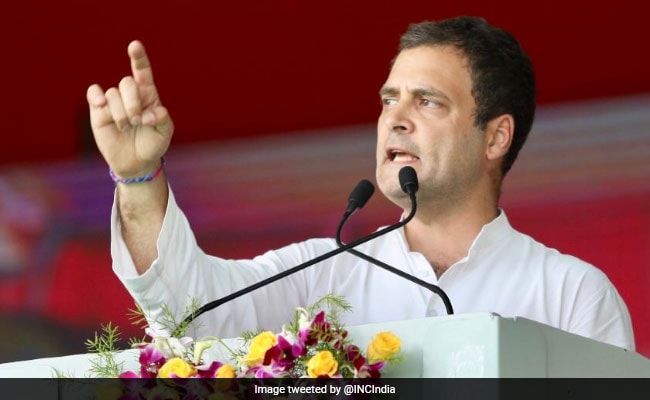 Congress chief has been attacking the government over high petrol and diesel prices. (File)

Congress president Rahul Gandhi appealed to Prime Minister Narendra Modi on Friday to bring petrol and diesel under the purview of the Goods and Services Tax (GST), saying the people were distressed over their skyrocketing prices.

The Congress earlier said that the rise in petrol and diesel prices were due to "excessive taxes" imposed by the central and state governments.

The Congress chief has been attacking the government over high petrol and diesel prices and his party has accused the ruling dispensation of earning Rs 13 lakh crore due to taxes imposed on petrol and diesel.

The Congress on Thursday hit out at the Modi government over what it described as a "meagre" reduction in excise duty on petrol and diesel, saying it is like applying a band-aid after inflicting a thousand wounds on the people of the country.

Congress chief spokesperson Randeep Surjewala earlier claimed that the government reducing excise duty on petrol and diesel is a "panic reaction" after facing public ire and an "imminent defeat" for the BJP in upcoming assembly elections in five states, and said the step will bring little relief to the people as it is like "reducing death sentence to life imprisonment".