The consignment was found hidden in "Sarkanda" bushes near the International Border in Akhnoor sector in Jammu by a search party. 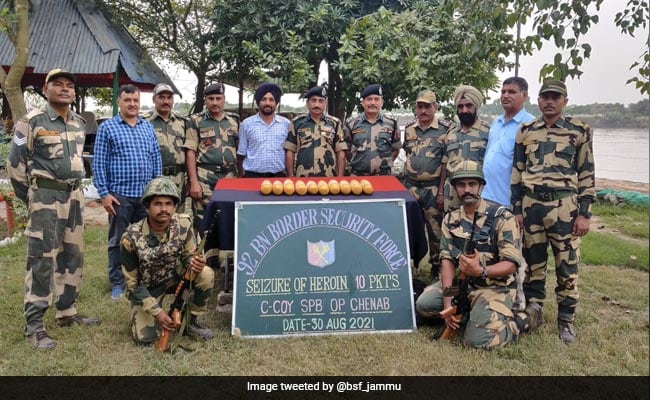 The drugs were found during a routine search operation by the Border Security Force.

The Border Security Force (BSF) Monday seized 10 kg heroin, worth crores of rupees, near the International Border in Akhnoor sector in Jammu, a senior official said.

The Inspector General of BSF, Jammu frontier, NS Jamwal said the forces conduct operations based on regular tip-offs and the seizure was result of such efforts.

"Troops were on vigil round the clock and this seizure is the result of their efforts," he said.

The consignment was found hidden in "Sarkanda" bushes near the zero line by a search party, Deputy Inspector General of BSF, SPS Sandhu said.

Mr Sandhu, who is also Public Relations Officer for the BSF Jammu frontier, said the recovery was made around 1 pm when a BSF party found a suspicious black colour rucksack bag hidden in the wild grass.

"The bag was opened and 10 packets, each weighing one kilogram, of heroin was found inside," the officer said, terming the recovery a major success and the result of the relentless efforts of robust border domination.

He said the BSF Director General has lauded the efforts of the troops.