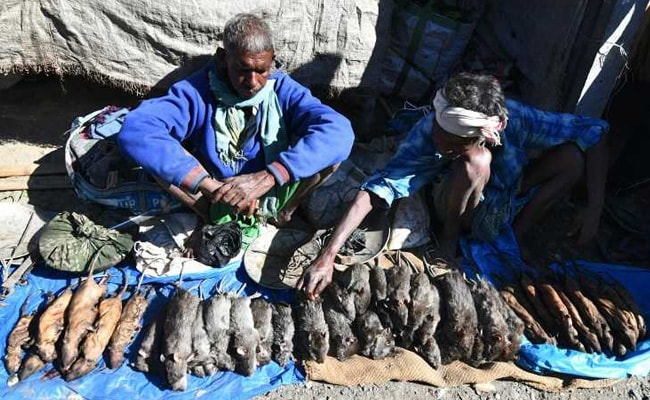 Freshly-caught rat is at the top of the holiday menu for crowds flocking to a market in Assam that specialises in rodents from local fields.

Destined to be boiled, skinned and then cooked in a spicy gravy, rat is more popular than chicken and pork with customers at the Sunday market in the village of Kumarikata in Assam.

Shoppers buy hundreds of freshly caught and skinned rats that local farmers say are hunted to avoid damage to their fields. The ready-roasted kind also goes down well.

Rat has become a valuable source of income for the poor, mostly tribals, who struggle to make ends meet working in Assam's tea gardens.

In the winter months when tea picking slumbers, they go to rice paddies to trap rats for the market.

A kilogram of rat meat, which is considered a delicacy, sells for about Rs 200 - as much as for chicken and pork. 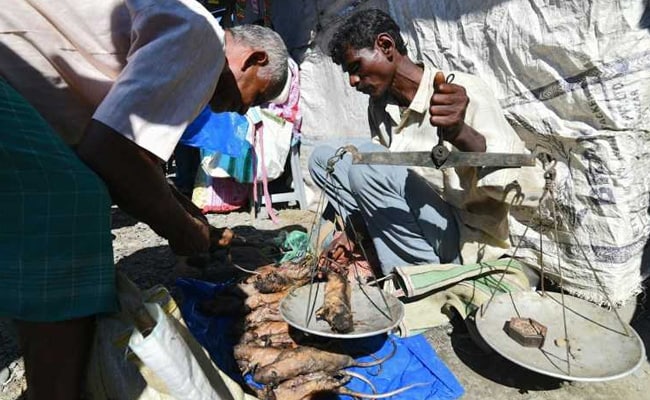 Farmers say the region has seen growing numbers of rats in recent years.

"We put traps in the fields as the rats eat people's paddy," Samba Soren, a rat vendor at Kumarikata, told AFP.

The rodents are hunted at night during the harvesting season with traps made from bamboo.

The traps are placed at the entrance of the rat-holes in the evening and the rodents are caught as they come out to scavenge.

The vendors have to work at night to make sure other predators do not get to the dead rats first. Some of the rats weigh more than a kilogramme and the market traders say they get between 10 and 20 kg a night.