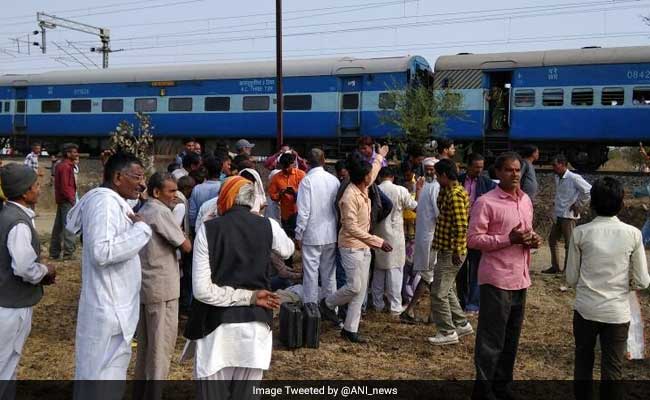 Bhopal-Ujjain Train Blast occured between 9.30 am and 10 am near Jabdi railway station.

Shajapur: A blast in the 59320 Bhopal-Ujjain passenger train near Jabdi railway station in Madhya Pradesh today has left at least four people severely injured, according to a railway official. The blast occurred in a general coach of the train between 9.30 am and 10 am, when it was en route to Ujjain from Bhopal, informed Jitendra Kumar Jayant, railway official, to news agency Press Trust of India.

The four injured people have been admitted to a nearby Civil hospital in the Kalapipal town of Shajapur district, tweeted the official handle of the Railway Ministry.

1/ Unusual Incident of Explosion in Passenger Train 59320 on RTM Divn. of WR at around 09.45 hrs 4 person injured
B/W Bjopal-Ujjain pic.twitter.com/qvmOlhAIab

The blast, which took place as the train was about to reach Jabdi station, damaged the glass panes in the general coach. After the train came to a halt, smoke engulfed the coach, which caused panic among passengers who rushed out to save themselves.

A thorough investigation is on to ascertain the cause of the blast, Mr Jayant said. He added that a relief train is on its way to the site of the incident.

3/3 No casualty. Detailed investigation of incidence of blast in general coach of 59320 in Ratlam Div being done by RPF/GRP @RailMinIndia

Promoted
Listen to the latest songs, only on JioSaavn.com
Last month, the New Delhi-Dibrugarh Rajdhani Express managed to avoid a major accident, averted by the timely detection of damages in the tracks between Mansi and Maheshkut stations and immediate action by railway officials. In January, 40 people died as the Hirakhand Express derailed at Kuneru station on the Odisha-Andhra Pradesh border.