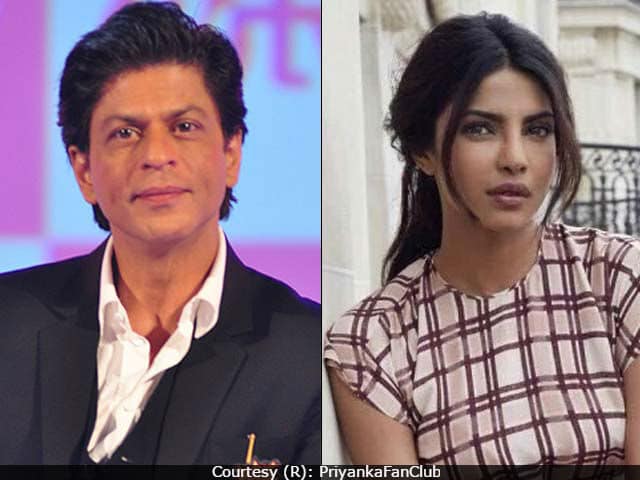 "My thoughts and prayers are with Ariana Grande," wrote Priyanka (Courtesy: PriyankaFanClub)

New Delhi: A blast on Monday night at US singer Ariana Grande's concert in the English city of Manchester left at least 19 dead and over 50 injured. British Police suspects the blast to be a terrorist incident, reports news agency Reuters. "Broken. From the bottom of my heart, I am so so sorry. I don't have words," Ariana tweeted after the incident. The 23-year-old pop star, who is on a world tour, was performing at Manchester arena. A spokesman for Ariana Grande said the singer was 'okay,' reported Reuters. Bollywood celebrities like Shah Rukh Khan, Priyanka Chopra, Alia Bhatt, Anushka Sharma, Varun Dhawan, Richa Chadha and international stars like Taylor Swift, Katy Perry and others have condemned the attack at the concert. "Extremely sad to start days when innocent lives are lost. Prayers for the deceased & strength to the families of the Manchester victims," SRK tweeted.

broken.
from the bottom of my heart, i am so so sorry. i don't have words.

Extremely sad to start days when innocent lives are lost. Prayers for the deceased & strength to the families of the Manchester victims.

My thoughts and prayers are with @ArianaGrande and everyone who was hurt at the concert in Manchester.. what is happening to the world..

So upset!!How can this happen every few months?? Feel soo helpless! Prayers for the victims and their families! #manchesterterrorattack

Deeply saddened to hear about the Manchester attack . This brutality & hatred is so so horrid & frustrating.Prayers are with the victims

Just woke up to news about the #Manchester attack. Absolutely heart breaking. This is an attack on humanity

My thoughts, prayers and tears for all those affected by the Manchester tragedy tonight. I'm sending all my love.

Praying for everyone at @ArianaGrande's show

Pained by the attack in Manchester. We strongly condemn it. Our thoughts are with the families of the deceased & prayers with the injured.

Canadians are shocked by the news of the horrific attack in Manchester tonight. Please keep the victims & their families in your thoughts.

The blast took place after 10:35 pm, when the audience was leaving the venue. "We were making our way out and when we were right by the door there was a massive explosion and everybody was screaming. It was a huge explosion - you could feel it in your chest. It was chaotic. Everybody was running and screaming and just trying to get out," a concert-goer told Reuters.

Ariana Grande began her musical career with the Broadway Musical 13. In 2009, she featured in the television series Victorious. Ariana is best-known songs likeThe Way, Problem, Break Free, Bang Bang and Love Me Harder.