The unprecedented victory for the BJP has given it control of at least four of the 20 civic bodies in the four districts of Anantnag, Kulgam, Pulwama and Shopian. 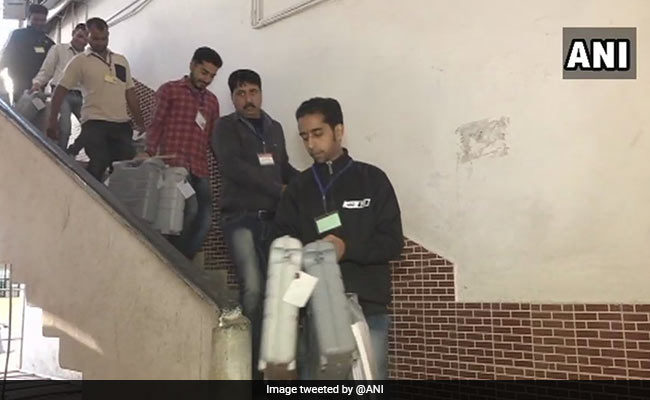 BJP won 53 of 132 wards in south Kashmir. Counting is under way for some districts in local body polls

The BJP emerged victorious in the urban local body elections in four districts of south Kashmir today, winning 53 of the 132 wards, where voting was held in four phases earlier this month, election officials said.

The unprecedented victory for the BJP has given it control of at least four of the 20 civic bodies in the four districts of Anantnag, Kulgam, Pulwama and Shopian.

The results of 94 wards of south Kashmir have been declared so far in which the Congress has managed to win 28 seats. The party, thus, will have control of at least three municipal bodies.

The Bharatiya Janata Party (BJP) did well in Shopian where its candidates won in 12 wards unopposed. Five wards in the district did not have any nominations.

In Devsar municipal committee, the BJP won all eight seats. The area is represented by Congress leader Mohammad Amin Bhat in the legislative assembly.

The BJP got a simple majority in Qazigund Municipal Committee, winning four of the seven wards. The other three wards had no candidates.

In Pahalgam municipal committee, the party won seven of the 13 seats uncontested, while there were no candidates for the remaining six seats.

The Congress, on the other hand, won a thumping majority in Dooru municipal committee, the stronghold of state Congress chief GA Mir. The party bagged 14 of the 17 seats, while the BJP managed to win two seats. One seat remained vacant.

Congress also won in Kokernag municipal committee, bagging six of the eight seats. In Yaripora, the party bagged three seats, while the remaining three seats were vacant due to absence of candidates.

Independents won 13 seats in the elections.

The counting of votes of Anantnag and Mattan -- the other two civic bodies in south Kashmir -- is going on and the results are expected later today.

In Chrar-e-Sharief, Congress won 11 of the 13 seats, while the remaining two seats were vacant. In Chadoora too, the party won six of the eight seats, while there was no candidate for the other five seats.