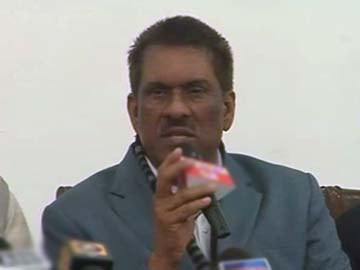 New Delhi: Aam Aadmi Party (AAP) MLA Madan Lal has accused the BJP of offering him Rs 20 crore to split his party and pull down the Arvind Kejriwal government in Delhi.

Madan Lal today alleged that he had been approached by men close to BJP leaders Narendra Modi and Arun Jaitley but gave no proof. "I had no direct conversation with any of these leaders," he admitted to NDTV.

Madan Lal alleged that the BJP approached him first on December 7, a day before the Delhi poll results were announced. "This man said he would set up my meeting with Arun Jaitley. I told him to shut up and disconnected," the MLA claimed.

AAP won 28 seats in Delhi and took power with external support from the Congress after days of uncertainty over the verdict that gave no party a clear majority.

Madan Lal alleged that he was approached again 10 days ago, this time by two men claiming to know Narendra Modi. "One of the men said 'we are Modi's people'. They said if you break away with nine people and form a new party, you can take power with BJP support. We will make you Chief Minister. They said we will also give you 20-20. I asked, 20 lakhs? They said no, 20 crores," he said.

Madan Lal said that he had informed his party the day he was offered bribe. AAP has accused Mr Modi and Mr Jaitley of conspiring to bring down Mr Kejriwal's month-long government.