Former Odisha Minister Harichandan will replace ESL Narasimhan, who has been the Governor of Andhra Pradesh for a decade. 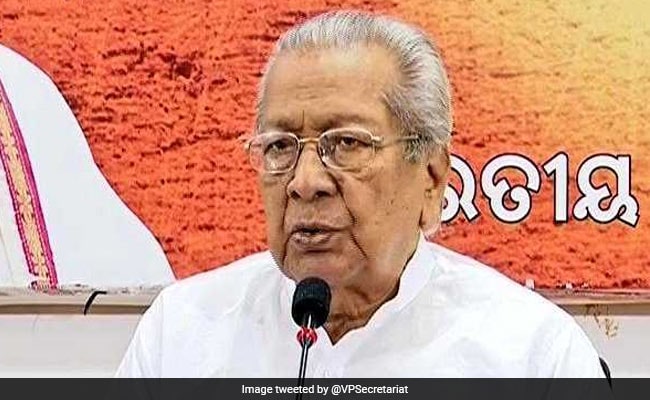 Bharatiya Janata Party (BJP) leader Biswa Bhusan Harichandan has been appointed as governor Andhra Pradesh. He thanked Prime Minister Narendra Modi and Union Home Minister Amit Shah for giving him "an opportunity" and said that he will try to solve some of the contentious issues the state is facing with Odisha.

"I am very grateful to the Prime Minister who has appointed me as the Governor of Andhra Pradesh. On June 30, I met him and presented a biography which I have written. During the meeting, he asked many questions regarding politics and all. On that day, I got some indication from him. Next day I met Amit Shah, discussed with him and got some favourable comments. I have also thanked Dharmendra Pradhan. I also thank people of Odisha," he said.

On being asked about the border dispute Odisha and Andhra Pradesh is facing, the senior BJP leader said that though the role of the Governor is limited, he will be happy if he gets to discuss the issues with both the states and bring out some solution.

"There are many serious issues and a border dispute between Odisha and Andhra Pradesh. You know that the role of the Governor is very limited. If as a Governor, I will be able to discuss with both the states and be able to bring out some solution then I will be happy," Biswa Bhusan Harichandan said.

I will also look for the development of the state, he added.

Biswa Bhusan Harichandan, a Jana Sangh leader, was BJP state president in Odisha. He had also served as Law Minister in the state.