Pritam Singh Lodhi, the leader from Gwalior-Chambal region, was summoned to the BJP headquarters in Bhopal, where his primary membership was scrapped 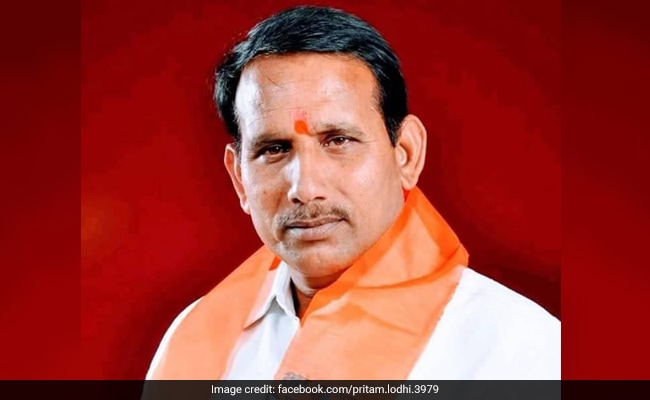 Pritam Singh Lodhi, the leader from Gwalior-Chambal region, has been expelled from the BJP after his controversial statements about Brahmins. He was summoned to the BJP headquarters in Bhopal this morning, where his primary membership was scrapped.

Addressing a function to felicitate meritorious students on the birth anniversary of warrior queen Avantibai Lodhi on Wednesday, Pritam Singh Lodhi had slammed the Brahmins, accusing them of "fooling and harassing people" in the name of religion.

A video of his controversial remarks was widely circulated.

His statements had pushed one BJP youth wing leader - Praveen Mishra - to file a police case against him, in which he has been accused of causing enmity between people.

The 62-year-old is already accused in 37 cases - including four cases of attempt to murder and two murder cases.

Pritam Singh Lodhi, known to be close to former Chief Minister Uma Bharti, had lost the 2013 and 2018 assembly polls on a BJP ticket from Pichhore (Shivpuri). But he still has influence in Shivpuri district of Gwalior-Chambal region. He had contested last two assembly polls as BJP candidate against Congress veteran and six-times sitting MLA KP Singh 'Kakkaju' from Pichhore assembly seat. In the 2018 polls, he lost by a narrow margin of 2500-plus votes only.

Addressing the felicitation event at Shivpuri's Kharaih village on Wednesday, he said Brahmins were prospering on then people's money and resources.

"Seeing beautiful women from good families, they (the Brahmins) want to have food in the homes of those women. They (Brahmins) want young women seated in the front row and make elderly women sit in the back row," he had said.

For the BJP, which is still trying to gain the ground it lost with the Brahmins of Uttar Pradesh, it was a shock.

Bagwandas Sabnani, state General Secretary of BJP, said: "BJP leader Pritam Lodhi had made some comments against a particular community which was against the party's views. His views are something that the party can never agree with... Lodhi was called and served a notice. He also submitted a written apology. But the party found it unsatisfactory after which he was removed from primary membership of the party for six years."

"The BJP leader's public statement is part of his party's well-planned conspiracy against the Brahmins and other general category people," the Congress had said.