2019 Indian General Elections: The BJP on Sunday re-nominated four of the seven sitting MPs in the national capital for the May 12 Lok Sabha polls. 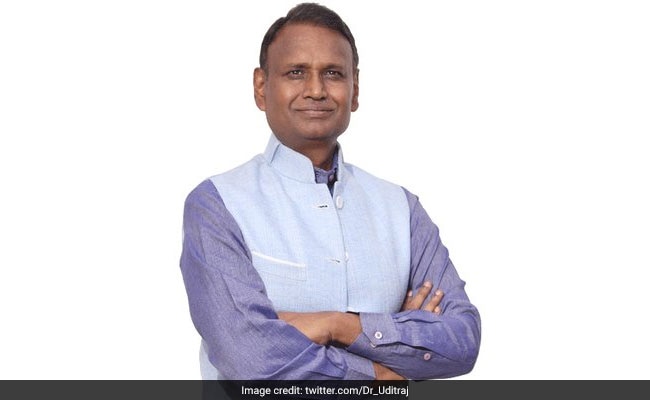 Accusing top Bharatiya Janata Party (BJP) leaders of being unavailable, Udit Raj, sitting MP from North West Delhi, on Monday gave the party a deadline of 4 pm to announce the name for his parliamentary constituency.

The BJP on Sunday re-nominated four of the seven sitting MPs in the national capital for the May 12 Lok Sabha polls. Being among the remaining three, the MP tweeted he hopes the party would not deceive Dalits. The North West Delhi is a reserved (Scheduled Castes) constituency.

In a series of tweets in Hindi, Raj said he merged his party with the BJP and "my millions of supporters from all over the country are anxious about my ticket. My name has not yet been announced from North West Delhi. My supporters have asked me to wait until 4 p.m.".

Udit Raj, a former Indian Revenue Service officer, resigned from his post and formed the Indian Justice Party (IJP) in 2003. In 2014, he merged the IJP with the BJP and contested the general elections on the BJP ticket. He defeated Aam Aadmi Party's Rakhi Birla by 6,29,860 votes.

In another tweet, Udit Raj said he tried contacting BJP President Amit Shah, and had also "send an SMS" to him. "I also tried to talk to Prime Minister Narendra Modi. (Delhi BJP Chief) Manoj Tiwari had said the ticket will be mine. I tried contacting Nirmala Sitharaman but was not able to connect. I request the same from Arun Jaitley," he said.