The Aadhaar and Other Laws (Amendment) Bill, 2019, which is intended to replace an ordinance issued in March 2019, has already been passed by Lok Sabha last week. 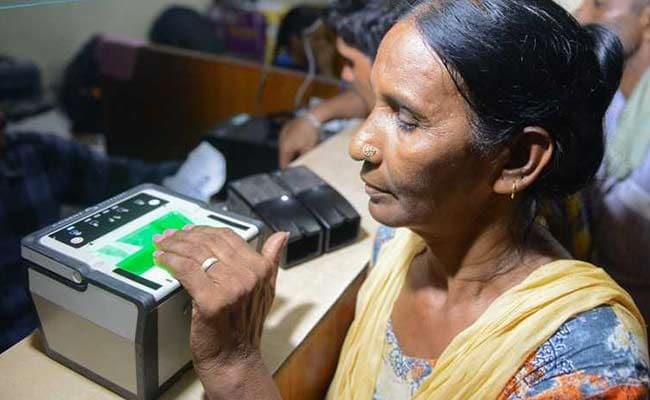 A bill to allow voluntary use of Aadhaar as proof of identity for opening bank accounts and getting mobile connections was moved in Rajya Sabha on Monday.

The Aadhaar and Other Laws (Amendment) Bill, 2019, which is intended to replace an ordinance issued in March 2019, has already been passed by Lok Sabha last week.

He assured the House that use of Aadhaar is voluntary and informed consent of the biometric identity holder has to be obtained before it is used.

The minister clarified that the Supreme Court has clearly stated that Aadhaar subserved the legitimate aim, it does not violate the principle of privacy, and is clearly needed for disbursal of subsidies and saving the entire misuse of those provisions.

"We have sent Rs 7.48 lakh crore of direct benefit transfer in more than 240 schemes to people around the country and we have saved Rs 1.41 lakh crore," Mr Prasad informed the House.

He said once a child becomes an adult, he/she has the right to withdraw or give fresh consent for obtaining Aadhaar.

"In case of banks also it will not be mandatory by voluntary. Aadhaar shall be one of the means of identification among passport or others by regulation," the minister said.

Mr Prasad said Aadhaar can be used if there is a state objective or Parliament has passed a law backing such an objective.

"Thirdly, the authority permits the entity that your initiative is covered by proper privacy and security concerns only in those scenarios this can be passed but voluntary," he said.

Under no circumstances, the services shall be denied to any of the beneficiary, Mr Prasad said.

Moreover, Mr Prasad said, to safeguard the interest of customers vis-a-vis Aadhaar law, the present law also makes a provision categorically that a banking or telecom company violating the provisions on Aadhaar number or biometric data shall be liable to pay Rs 1 crore fine and Rs 10 lakh per day fine.

The amendments provide for use of Aadhaar number for KYC authentication on voluntary basis under the Telegraph Act, 1885, and the Prevention of Money Laundering Act, 2002.

Put simply, this means it will allow voluntary use of Aadhaar number for authentication and identity proof in opening bank accounts and procuring mobile phone connections.

It also gives option to children to exit from the biometric ID programme on attaining 18 years of age, while stipulating stiff penalties for violation of norms set for the use of Aadhaar and violation of privacy.