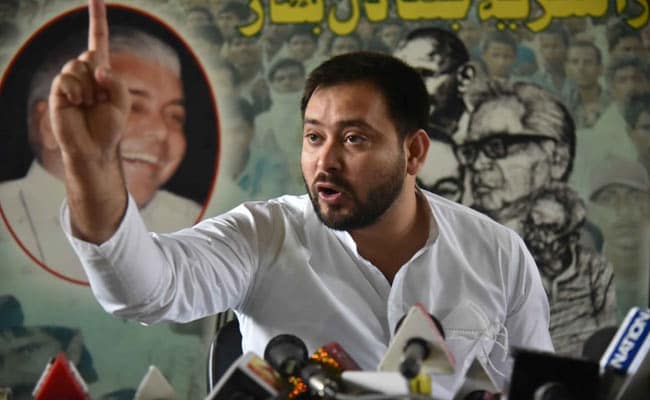 The leader of the opposition party in the state said 75 lakh people have been affected by the rising waters in the districts of Bhagalpur, Darbhanga, Munger and Purnia, among others and also lashed out at the breakdown of health services, which has added to pandemic problems.

"(At least) 75 lakh Bihar residents are affected by floods. 40 lakh migrant workers are forced to sit hungry at their homes without work. Due to the ruptured health services lakhs of corona patients are left to the mercy of God. Almost seven crore people are without jobs. The traders are frustrated. The 15-year old inhuman government is in deep slumber," Mr Yadav's tweeted in Hindi.

On Saturday, the Bihar CM undertook an aerial survey of different embankments and flood-affected areas in many districts of Bhagalpur, Darbhanga, Munger, Purnia and Kosi divisions. The Chief Minister inspected the flood and COVID-19 situation in these areas.

He had said the water levels of rivers in this region are comparatively low, however, the flood situation will remain till September. He directed the officials to enhance COVID-19 testing in flood-affected areas by setting up a camp at Air Force station.