Nitish Kumar's flagship prohibition policy has come under severe scrutiny in the past weeks and months, particularly after more than 60 people died due to spurious liquor 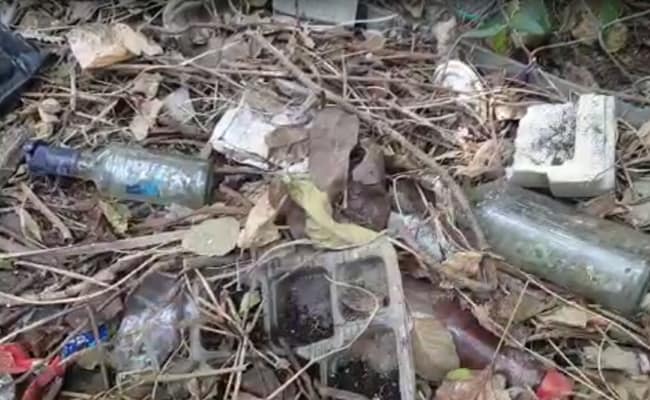 Bihar's prohibition policy has been frequently questioned by the opposition RJD

Bihar's contentious prohibition policy sparked a showdown in the Assembly today between Chief Minister Nitish Kumar and Leader of the Opposition Tejashwi Yadav, who hit out at the ruling JDU-BJP government over the recovery of empty liquor bottles from the Vidhan Sabha premises

Faced with a challenge from Mr Yadav - who visited the spot and took photographs - the Chief Minister said that he would have the discovery of the liquor bottles investigated.

Mr Yadav - who has been critical of the Bihar government's prohibition policy, which he insists has failed to keep the state dry - told reporters the empty bottle were yet more evidence of that failure.

"This is a very big issue. If liquor is present in the premises of the Assembly, then the Chief Minister does not have the moral responsibility of being in his post. Who is responsible. There were bottles of Coca-Cola (too). Is the Home Minister of Bihar sleeping?" the RJD leader asked.

"The spot is less than 100 metres away from the Chief Minister's chamber," he fumed.

Mr Yadav reminded the Chief Minister he had, 24 hours earlier, led lawmakers and government employees in a pledge against consuming alcohol, and called that event a "farce".

He also took a swipe at JDU's claims his party leaders were involved in the illicit liquor trade. "If they come out with the theory we planted the bottles in the premises, we will not be surprised," he said.

Chief Minister Nitish Kumar - re-elected to a fifth term in last year's Assembly polls, despite emerging as the junior partner in his alliance with the BJP - was listening to Mr Yadav's attacks in the Assembly.

When he rose to speak he admitted to being unaware of the bottle being found because he had been in his chamber for the past few hours. He said also that this would not be tolerated.

"How the bottle of liquor has come here is not a trivial matter... someone is at fault. We will investigate the matter to find out who is responsible. That person will not be spared... strict action will be taken," the Chief Minister, who also holds the Home Ministry portfolio, said.

Nitish Kumar's flagship prohibition policy has come under severe scrutiny in the past weeks and months, particularly after more than 60 people died due to spurious and poisonous liquor.

The questions have come not just from the RJD and the opposition, but also his own ally, the BJP.

After the deaths Bihar BJP chief Sanjay Jaiswal had said there is "definitely a need to review this policy" and also raised questions on the administration's role.

Earlier this month Mr Kumar claimed "some people have turned against me over the prohibition policy", and told his critics they had "forgotten this was implemented with everyone's approval".

Referring to the deaths, the Chief Minister said it is a serious matter and called for spreading more awareness on prohibition. "If you drink, you will die," should be the message, he said.

Last month more than 40 people died in West Champaran, Gopalganj, Muzaffarpur and Samastipur districts after consuming spurious liquor. At a review meet held by Mr Kumar, police officials were warned of severe punishment if they were found to be lax in implementing prohibition.