The anti-drugs bureau on Saturday said a "small quantity of cannabis" (86.5 grams) was found from their home in an apartment complex in Andheri. 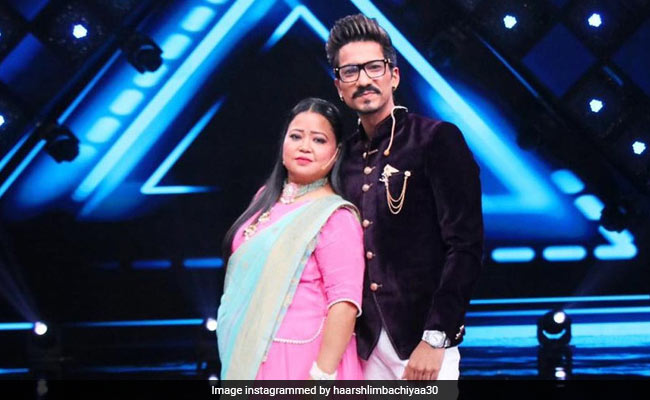 Comedian Bharti Singh and her husband Haarsh Limbachiyaa were arrested by the NCB.

Comedian Bharti Singh and her husband Haarsh Limbachiyaa, who were arrested by the Narcotics Control Bureau over alleged possession and use of marijuana, have been granted bail by a Mumbai court.

36-year-old Bharti Singh, a popular comic actor, was arrested on Saturday after her Mumbai home was searched by the anti-drugs bureau. Her husband, 33, is a screenwriter, producer and television personality; he was arrested yesterday after over 15 hours of questioning.

The anti-drugs bureau on Saturday said a "small quantity of cannabis" (86.5 grams) was found from their home in an apartment complex in Andheri. Later, they were taken to the agency's Mumbai office for questioning. "Both Bharti Singh and her husband Haarsh Limbachiyaa accepted consuming ganja," the NCB said in a statement.

On Sunday, the couple was produced before the magistrate's court, which had remanded them to judicial custody till December 4. "Both of them have been granted bail by the Metropolitan Magistrate Court on furnishing a bail bond of Rs 15,000 each. No reply was filed by the NCB yet. A notice was issued to them on Sunday itself," their lawyer Aiyaz Khan said today.

Ms Singh's name emerged during questioning of a drug peddler, according to an NCB official.

The couple's arrest came as the NCB expanded its probe into the alleged drug use in Bollywood, which started after the death of actor Sushant Singh Rajput in June on the basis of WhatsApp chats. His girlfriend Rhea Chakraborty was arrested in September for allegedly procuring drugs for him; she got bail nearly a month later.

In the last three months, top Bollywood actors - Arjun Rampal, Deepika Padukone, Sara Ali Khan, Rakulpreet Singh and Shraddha Kapoor - have been questioned by the NCB as a part of the probe.

Earlier this month, Arjun Rampal, after questioning, said: "I have nothing to do with drugs." His Mumbai home was also searched and his girlfriend Gabriella Demetriades was also summoned for questioning.

Prior to that, the NCB had also summoned film producer Firoz Nadiadwala, searched his home and arrested his wife Shabana Saeed; she was released later on bail.