Bharat Bandh 5 March 2019: The nationwide shutdown has been called to secure forest rights to tribals, job security for ad hoc teachers and protest the anti-reservation policy of the central government. 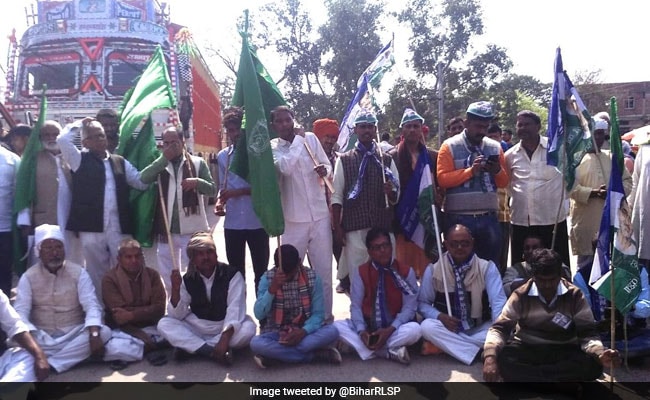 Bharat Bandh or nationwide shutdown has been called today demanding the Centre to secure forest rights to tribals, job security for ad hoc teachers and protest the anti-reservation policy of the central government. The tribals are protesting a Supreme Court order evicting more than 10 lakh tribal families and other forest-dwellers from forest lands across 16 states.

The Bharat Bandh has also been called against University Grants Commission's new 13-point roster system that will reduce jobs for Scheduled Castes, Scheduled Tribes and the Other Backward Classes. The Bharat Bandh is being supported by several teachers' association across India and various political leaders.

Hundreds of Dalits, Other Backward Classes (OBCs) and tribal outfits stopped rail and road traffic across Bihar on Tuesday as part of Bharat Bandh.

"The state administration has made elaborate security arrangements in view of the shutdown," said a senior government official.

Bharat Bandh Impact In Other States

In Delhi, the protesters are set to march from Mandi House to Parliament Street. Tribals in Gujarat, Rajasthan, Bengal, Jharkhand, Chhattisgarh, Madhya Pradesh and other states will also join the Bharat Bandh.

The Supreme Court had last month ordered eviction of the families that have not been able to prove their rights over the land they lived in, and had been tagged as illegal residents by the state governments. The order was part of an ongoing case, where the petitioners, mostly wildlife activists, wanted illegal forest dwellers out of forest land to reduce man-animal conflict and restore equilibrium. After uproar and Centre's intervention, the top court has put a freeze on its order.