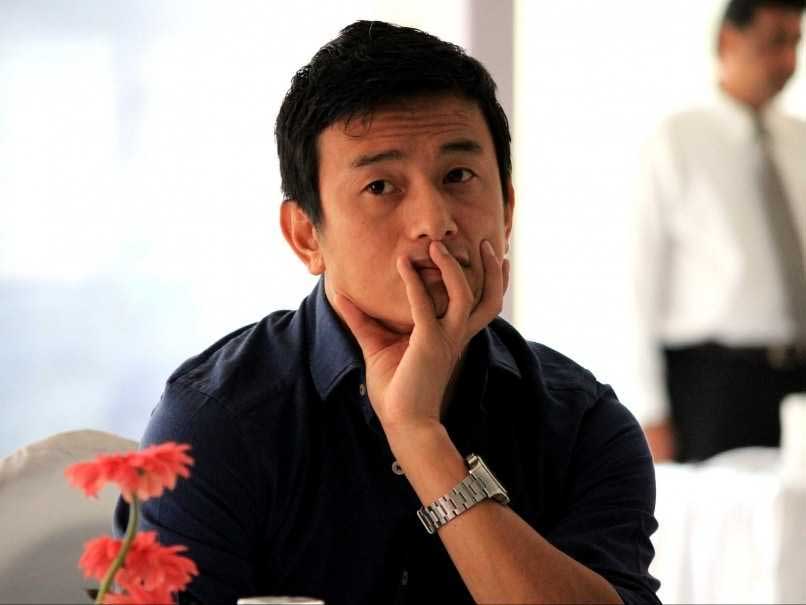 India's former football captain, Bhaichung Bhutia has put two of his favourite jerseys on auction, on Sunday, to raise funds for his Hamro Sikkim Party (HSP), fighting the elections for the first time. Among the two jerseys are one that he wore for 'Match Against Poverty' organised by the United Nations Development Programme and the other that he wore during his farewell match against Bayern Munich in 2012.

The jerseys have the signatures of football icons like Zinedine Zidane of France and Figo of Portugal among others.

Taking to Twitter, the footballer-turned-politician said, "Dear Football fans and fellow Indians, we have started a political party in Sikkim. Like other states, it also has many issues like corruption, unemployment, farmers distress etc. In this fight we need your support...". He shared the details on Twitter and said fundraising will be completely transparent.

Bhaichung Bhutia's HSP, formed on March 31 last year, in its manifesto said that the party will work on implementing policies for 'Happy Sikkim' in the next five years. "We have programmes for youth to make them self-reliant and free from politics of flags and slogans. We want Sikkimese youth to live their life with dignity," he said.

The tiny hill state, traditionally a stronghold of the Sikkim Democratic Front (SDF), sends one lawmaker to the Lok Sabha. The SDF won the elections in 2009 and 2014.

Bhaichung Bhutia had joined the Trinamool Congress and contested the 2014 Lok Sabha election from Darjeeling and the 2016 assembly election from Siliguri, in West Bengal but he lost both times.

Sikkim is voting simultaneously for its 32 assembly constituencies and sole Lok Sabha seat in the first phase on April 11. The results will be declared on May 23.