The launch took place at a public meeting at Daramdin in West Sikkim, located 104 km away from the state capital Gangtok. 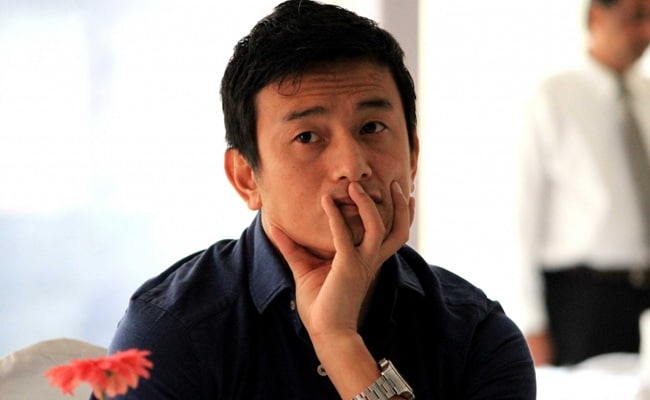 Mr Bhaichung said corruption is rampant in the state and there has been no development of Sikkim. (File)

The launch took place at a public meeting at Daramdin in West Sikkim, located 104 km away from the state capital Gangtok.

The ace footballer was accompanied by senior colleague and former minister RB Subba as he unfurled the party's flag before addressing the audience.

Launching a scathing attack on Chief Minister Pawan Kumar Chamling, Mr Bhaichung said corruption is rampant in the state and there has been no development of Sikkim over the past four decades.

Mr Bhaichung said that the people of the state are scared to question the ruling party's development claims as well as the "prevalence of rampant corruption" due to fear of retribution.

Questioning Mr Chamling's claim that he has provided fruits of development to all corners of the state, the former India captain alleged that essential services like roads, water and electricity were not available to the people, particularly those living in rural areas.

"There are 30-32 hydel power projects operational in Sikkim even as the chief minister claims that the state sells electricity to foreign countries like Bangladesh. Unfortunately, the Sikkimese people do not get uninterrupted power supply," the Hamro Sikkim Party leader said.

"Power supply trips for hours during rains or circulation of windy air," he alleged.

Mr Bhaichung said that his party will provide 24x7 electricity if elected to power in the next year's Assembly polls.

He also alleged that corruption ran into thousands of crores of rupees in hydel power projects that has even been mentioned by national auditor CAG (Comptroller and Auditor General) of India) in its report, but the state government swept the issue under the carpet.

Mr Bhaichung lashed out at Mr Chamling for preventing the CBI from taking up corruption cases in the state. He blamed Chamling for communalising Sikkim's society by dividing the people on caste lines for votes.

Mr Bhaichung also blamed Mr Chamling for failing the aspirations of the tribal communities - Limboo and Tamang - by failing to get reservation of seats in the legislative Assembly despite having made the promise in 2004 elections.

"The Chief Minister has let down Limboos and Tamangs, but we will ensure that the two tribal communities get their dues once our party comes to power," he said.

The Hamro Sikkim Party leader also took exception to the SDF government's "arbitrary decision" to declare Sikkim an organic state and banning supply of non-organic vegetables from outside without making arrangements to meet the shortfall.

"We are all in favour of organic mission, but we also know that only 10-12 per cent of land is available for farming and in this background, it is not possible to meet local demand for vegetables without allowing supply from outside," he said.

Promoted
Listen to the latest songs, only on JioSaavn.com
Mr Bhaichung was previously associated with the Trinamool Congress.

The 41-year-old Bhaichung, however, has decided to lie low in the party brass by remaining a mere vice-president along with eight other leaders.