Lok Sabha Elections 2019: Baichung Bhutia told a press conference on Sunday that his party, the Hamro Sikkim Party or HSP, has coined the slogan ''Hamro Sikkim, New Sikkim'' for its poll campaigns. 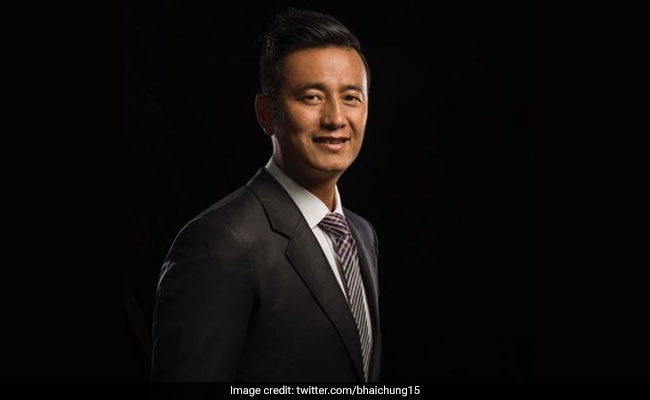 Bhaichung Bhutia's Hamro Sikkim Party or HSP will contest all 32 Assembly seats and the lone Lok Sabha seat in Sikkim.

The iconic former football told a press conference on Sunday that his party has coined the slogan ''Hamro Sikkim, New Sikkim'' for its poll campaigns.

On the prospects of the HSP stitching an alliance with other regional parties to take on the ruling Sikkim Democratic Front or SDF, Mr Bhutia said he was hopeful that a partnership with a local party will be forged soon.

The HSP working president, however, ruled out a coalition with any national party amid rumour that his party was in dialogue with the BJP leadership to iron out a coalition framework.

Hitting out at the Pawan Kumar Chamling government for pursuing divisive politics on the basis of caste and religion, Mr Bhutia said that development will be the "sole agenda" of his party, if the HSP comes to power.

Mr Bhutia also clarified that his party will not be giving tickets to any individual having criminal antecedents.

The former football captain had said in January that he planned to contest the assembly elections, due this year.

"My commitment to stay in state politics is long-term, and I am also going to contest the forthcoming Sikkim Assembly polls and take any responsibility that my party entrusts on me," the 43-year-old former striker had told PTI.

Not new to politics, the former footballer had unsuccessfully contested the 2014 Lok Sabha elections from Darjeeling and the 2016 West Bengal Assembly elections from Siliguri as a Trinamool Congress (TMC) candidate.

He had resigned from the TMC in February last year.