Read inOther Languages
This Article is From Aug 01, 2020

The government wants to increase the population of Royal Bengal tigers in Buxa Tiger Reserve, the largest forest in North Bengal with an area of 745 sq-km, an official said. 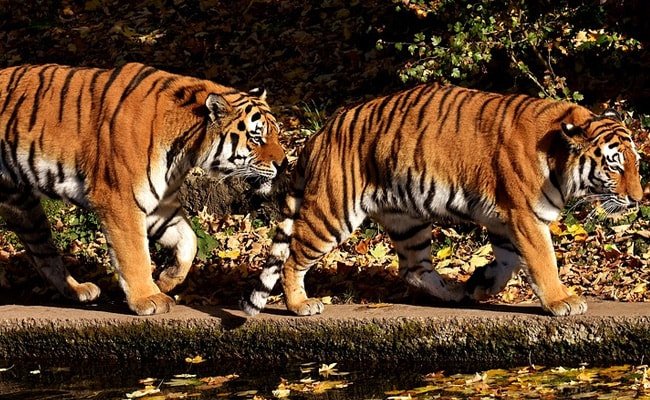 Arrangements have been made to for safe and smooth transit of tigers. (Representational)

The West Bengal forest department is bringing six tigers to Buxa Tiger Reserve in Alipurduar district, as part of its effort to augment the population of big cats in the national park, an official has said.

"Arrangements have been made to ensure safe and smooth transit of the animals," he added.

Mr Sinha said the government wanted to increase the population of Royal Bengal tigers in BTR, the largest forest in North Bengal with an area of 745 sq-km.

"Recently, two Royal Bengal tigers have been spotted in Buxa through our camera traps. These two big cats were seen from various locations of the core area of the forest. So, at least two tigers are there already and we need to raise the number," he said.

The six tigers are being relocated from Kaziranga to Buxa as these two reserve forests have similar habitats, the official added.

The BTR, which is spread over the plains and foothills, has about 390 sq-km of core area and is home of 73 mammal species including leopard, chital deer and wild boar.

The forest department had recently launched a short film about the BTR, the official said. The film was handed over to the National Tiger Conservation Authority (NTCA) to create a buzz about the reserve forest nationally, he said.