"JP Nadda Ji's visit stands cancelled as of now. It has been decided that Amit Shah ji will be in West Bengal on a two-day visit from November 5," West Bengal BJP general secretary Sayantan Basu said. 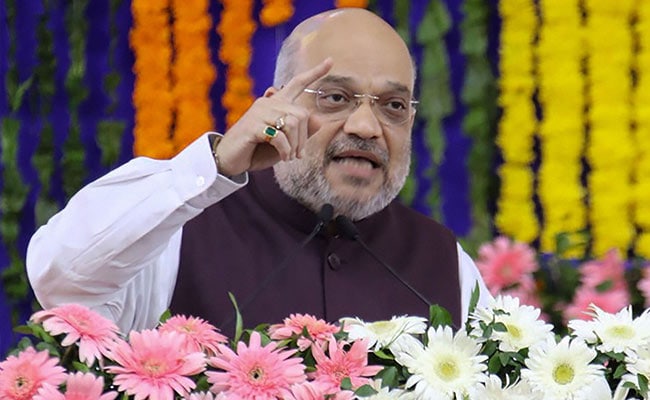 Union Home Minister and BJP leader Amit Shah will be on a two-day visit to West Bengal from November 5 to take stock of the party's organisational matters ahead of the 2021 Assembly elections, party sources said on Friday night.

"JP Nadda Ji's visit stands cancelled as of now. It has been decided that Amit Shah ji will be in West Bengal on a two-day visit from November 5," he said.

"He is likely to visit Medinipur organisational district on November 5 and on the next day he will meet party leaders in the state. The schedule has not been finalised as of now," Mr Basu said on Friday night.

Amit Shah, who had played a crucial role in the growth of the BJP's organisation in the state, will look into various aspects of the organisation and will discuss the party's strategy for the upcoming assembly elections, BJP national general secretary and in-charge of Bengal Kailash Vijayvargiya said.

"It will be more-or-less indoor programmes. There are chances that he might address a press conference in Kolkata," he said.

Although Amit Shah had addressed a virtual rally for West Bengal earlier this year, this will be his first visit to the state after the coronavirus-induced Lockdown. Mr Shah had last visited West Bengal on March 1.

Amit Shah's visit next week assumes immense significance as West Bengal Governor Jagdeep Dhankhar has been criticising the "worsening" law and order situation in the state. West Bengal BJP leaders have been demanding imposition of President's Rule in the state citing "breakdown of the rule of law".

Mr Dhankhar had on Thursday met Amit Shah in Delhi and discussed the "state of affairs and affairs of state".

On the organisational front, Amit Shah's visit comes just days after the party's state unit witnessed a major organisational change, as incumbent state general secretary (organisation) Subrata Chattopadhyay was removed and his deputy Amitava Chakraborty was elevated to the post by the central leadership.

After having a limited presence in the politically polarised state for decades, the BJP has emerged as the main rival to the ruling Trinamool Congress, winning 18 of the 42 Lok Sabha seats in West Bengal in the 2019 general elections.

With the BJP's strength increasing manifold in the state in the last few years, where it has never been in power, party leaders have exuded confidence that it will end Chief Minister Mamata Banerjee's 10-year rule in the assembly elections due in April-May next year.