The "Baahubali" spoof video serves as a promo of sorts for the Madhya Pradesh elections as the campaign gets intense with every passing week. 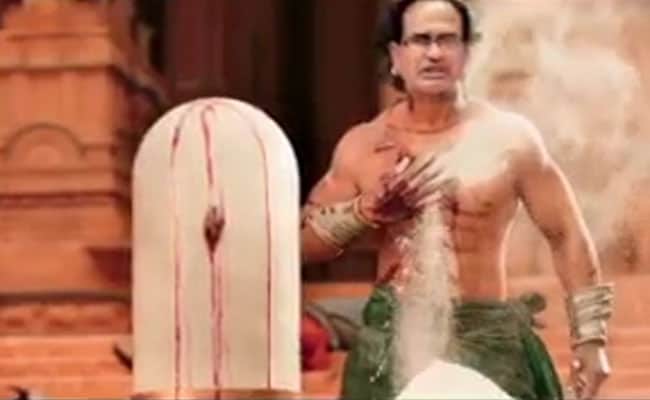 The spoof features morphed versions of Shivraj Singh Chouhan and other leaders.

Months before the elections in Madhya Pradesh, the BJP and Congress supporters are waging a video war online. The latest, a "Baahubali"-themed video portraying Madhya Pradesh Chief Minister Shivraj Singh Chouhan as the hero of the blockbuster film has the internet in splits.

The video, purportedly made by BJP supporters, features morphed versions of "Madhya Pradesh ka Baahubali" aka Shivraj Singh Chouhan, his rivals in the Congress, including Jyotiraditya Scindia, Rahul Gandhi and mother Sonia.

The 2.16 minute spoof video serves as a promo of sorts for the Madhya Pradesh elections as the campaign gets intense with every passing week.

A beefed-up avatar of Shivraj Singh Chouhan is seen performing stunts and mouthing the popular dialogues from the film, just like Telugu hero Prabhas who played the role of "Baahubali", the prince of the kingdom of "Mahishmati".

"Shivraj Singh Chouhan, that is me. I will protect the honour, wealth and dignity of the people of Madhya Pradesh. I will not back out even If I have to give my life for it," Mr Chouhan's character says.

Creativity in overdrive ahead of the Madhya Pradesh elections. Here's one which posits @ChouhanShivraj as MP Ka Bahubali. pic.twitter.com/ITXLgbuBVA

In the video, Congress leaders Kamal Nath, Rahul Gandhi, Sonia Gandhi and Digvijaya Singh look awestruck as a bare-chested version of Shivraj Singh Chouhan -with his signature spectacles on -  lifts a massive Shiva Linga and carries it on his shoulder.

The climax of the video is set in a battlefield with Jyotiraditya Scindia and Shivraj Singh Chouhan charging towards each other, and finally a victorious Mr Chouhan rubbing sand on his chest. Mr Scindia is portrayed as "Bhalladev", the villain in "Baahubali". 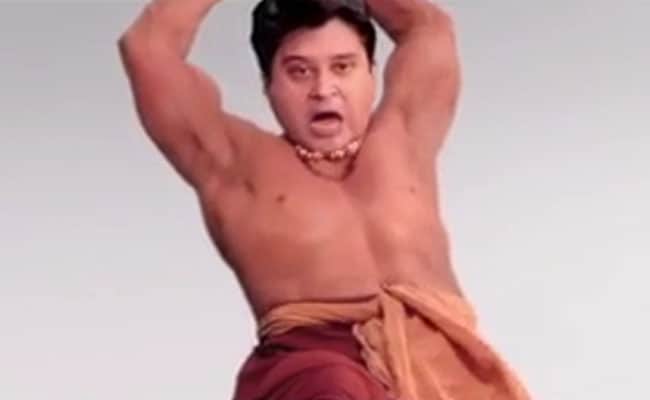 Congress leader Jyotiraditya Scindia is portrayed as "Bhalladev", the villain in "Baahubali".

Though the Congress has accused the BJP of releasing the video, the ruling party has distanced itself from the spoof. "There are IT experts who make such spoof videos as per their leanings and ideology. We have no role. From where the creativity is coming, we have no idea. But after watching the video, it seems someone who likes our ideology and Chief Minister Shivraj Singh Chouhan has made the video," the head of Madhya Pradesh BJP IT cell.

Congress leader Shobha Oza said, "Only the time will tell them who is 'Baahubali' and who is 'Bhalladev'. The voters of the state will decide. But the language used by the leaders of the ruling party is inappropriate. The public is facing unemployment, law and order, farmer distress To divert the attention, the BJP is releasing such videos."

In July, Shivraj Singh Chouhan began his "Jan Ashirwad Yatra" from the holy city of Ujjain, in an attempt to connect with voters in all 230 assembly segments of the state before elections.