Badrinath temple: Officials said only 27 people, including the head priest, will be allowed at the temple in Uttarakhand 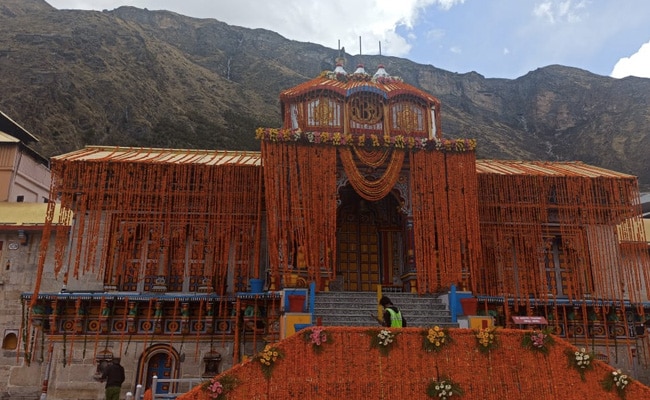 The portals of Badrinath temple in Uttarakhand was opened today

The gates of the Badrinath temple in Uttarakhand were opened at 4:30 am today, news agency ANI reported. Officials said only 27 people, including the head priest, will be allowed at the temple.

"Devotees will not be allowed entry into the temple during that time. The decision has been taken in view of the guidelines issued by the centre amid the COVID-19 pandemic," Anil Chanyal, sub-divisional magistrate of Joshimath, said in a statement.

On April 29, the gates of Kedarnath temple were opened after a six-month winter break. But no pilgrim was allowed to visit due to the coronavirus lockdown.

Before the Kedarnath shrine was opened on April 29, the annual Panchmukhi Doli Yatra (procession) was undertaken without pilgrims due to the lockdown.

The yatra, which is a part of the Char Dham pilgrimage and is usually led by the Kumao Battalion of the Army with more than 1,000 pilgrims each year, was carried out by only five people from the Kedarnath temple.

The Char Dham yatra, the opening ceremony of four major temples in Uttarakhand, is an important annual event attended by tens of thousands of pilgrims but the extended lockdown has cast its shadow on the processions this year.