The meeting took place at the RSS headquarters located in the city's Mahal area. 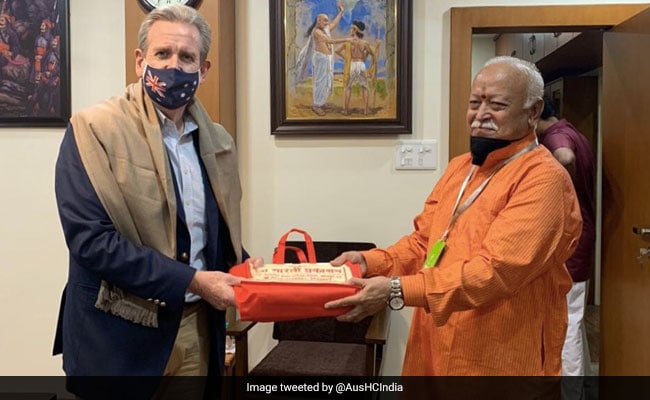 The meeting took place at the RSS headquarters located in the city's Mahal area.

Mr O'Farrell tweeted about the meeting.

"The @RSSorg has been actively supporting the community during #COVID19. I met with Sarsanghchalak Dr Mohan Bhagwat who shared the relief measures the organisation has adopted across India during these challenging times," the tweet said.

In the tweet, he also posted some pictures of his visit to the Sangh headquarters and his meeting with Bhagwat.