The police said that overspeeding could be the reason behind the accident. 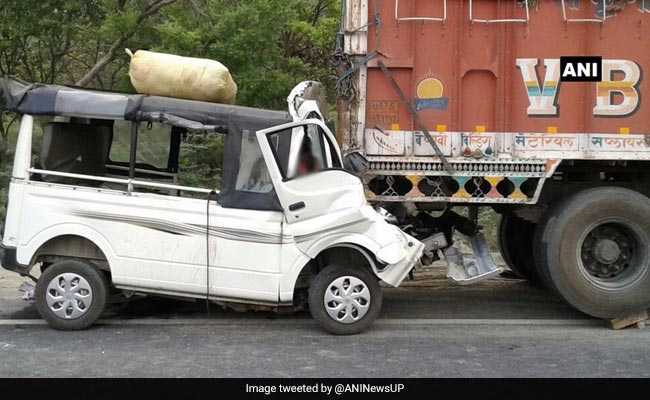 The driver of the Tata Magic van and the helper are among the nine people killed.

Chief Minister Yogi Adityanath expressed grief over the deaths in the accident and directed the officials concerned to initiate steps for ensuring all possible help and proper treatment to the injured.

The incident took place in Uchauliya when the overloaded Tata Magic van, on its way to Sitapur from Shahjahanpur, hit the truck from the rear side near a roadside eatery, Superintendent of Police S Channappa said.

Nine people, including the van's driver Anup Awasthi (25) and helper Kishan (23) died on the spot, he said.

Promoted
Listen to the latest songs, only on JioSaavn.com
Three of the seven injured who were rushed to a hospital in Shahjahanpur succumbed to their injuries later, the police said.