For the 400-odd voters of Jora Farm, the last village on the Indian side of the International Border with Pakistan, the party of choice may vary but their expectations from the new government are same -- lasting peace and development. 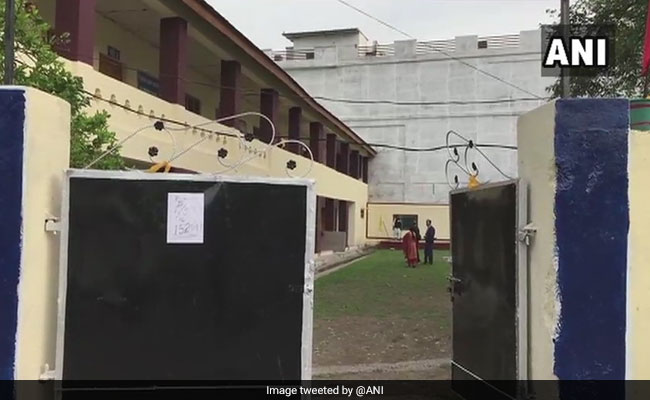 Lok Sabha Elections 2019: Voters in Poonch, Jammu and Kashmir voted in the first phase of polls

They have lost their homes and belongings in cross-border firing and shelling, but not their faith in democracy and hope for a peaceful and better future.

For the 400-odd voters of Jora Farm, the last village on the Indian side of the International Border with Pakistan, the party of choice may vary but their expectations from the new government are same -- lasting peace and development.

The village, just 400 metres from the border fence, is part of the Jammu parliamentary constituency where polling was held in the first of the seven-phase Lok Sabha polls on Thursday.

It was a special day for the villagers, young and old alike, as it rekindled their hope. Early in the morning, most residents set out in horse-carts to reach the polling booth, set up in nearby Jajwal village, about one-and-a-half km away.

"We voted for peace and development...Peace is imperative because every time Pakistan targets forward posts and villages, we bear the brunt," 35-year-old Mohammad Shafi told PTI.

The new government needs to pay more attention towards their problems and help improve their living standard, said Mr Shafi, who was returning from the polling station along with his minor son after casting his vote.

"Look at the condition of our village...It lacks basic facilities such as drinking water supply and proper road...And we suffer immensely due to Pakistani shelling," he said.

More than 100 families reside in Jora Farm, about 35 km from Jammu. In 2018, most "kullas" (mud houses) in the village were burned due to Pakistani shelling twice -- in January and May. A large number of buffaloes and horses were also killed.

At least six people were injured and more than 30 mud houses were destroyed in another incident of cross-border firing in September, 2017. Prior to that in 2014, Jora Farm-resident Mohammad Akram and his two-year-old son were killed in Pakistani shelling.

The village, popularly known as the "hamlet of Gujjar milkmen", has witnessed peace in the past few months, but fear of cross-border shelling and firing pervades.

Shelling by Pakistan increased in neighbouring Rajouri and Poonch districts as tension mounted between the two countries following the Pulwama terror attack on February 14, in which 40 CRPF personnel were killed.

Ten people, including four security personnel, have been killed and nearly 45 others, mostly civilians, injured in Poonch and Rajouri since India's preemptive air strike on a Jaish-e-Mohammed terror camp in Balakot on February 26 in response to the Pulwama terror attack.

After most houses were damaged last year, "we painstakingly rebuild our homes with a hope that peace will prevail," said 48-year-old Shah Wali, a father of eight children including three girls.

Mr Wali has replaced his damaged "kulla" with a single-storeyed concrete house after the government provided him Rs 1.30 lakh as compensation.

"We are optimistic and want our government to ensure that we do not suffer anymore and there will be lasting peace on the borders," he said as he, along with his wife and two children, set out for the polling station.

A number of underground bunkers have been constructed by the government in the village, but some residents say "we are not sure if these can provide us protection". These bunkers also lack amenities such as toilets, they said.

At times, Pakistani shelling lasts for hours, and even days, Liaqat Hussain said outside the polling booth, adding that the bunkers should have all amenities for these to become useful.

The presiding officer at the Jajwal polling station, Anurudh Kumar Bhat, said of 742 voters, 303, including 123 women, have cast their franchise till noon. "The poling is going on peacefully," he added as some CRPF and policemen stood guard.

Under a tree near the polling station, ex-servicemen Joginder Lal, 73, and Tulsi Ram, 72, were enjoying a game of cards with two young men -- Devender Kumar and Shubam.

"We were among the first to cast our votes and want this government to continue for the next term," Joginder Lal said. Similar views were expressed by middle-aged Renu Devi, who along with two sons and a daughter, were sitting outside their shop in the village. "My husband runs the shop but he has gone to cast his vote," she said.

A group of young voters, including Ajit Singh, said they are not satisfied with the current government led by the BJP. "We feel this government cannot bring peace on the borders and will only complicate problems," Singh said, claiming that there is no alternative to the Congress in the country.

In nearby model polling station at Government Higher Secondary School Chakroi, people were standing in long queues and waiting for their turn to cast their votes.

First-time voters Poonam Meena and Baby Bhagat say they are going to vote for a "strong government" at the Centre which can bring peace.

BJP MP Jugal Kishore is seeking re-election from the constituency, which has total 24 candidates. Besides Mr Kishore, the other major contenders are Raman Bhalla of the Congress, Choudhary Lal Singh of the Dogra Swabhiman Sangathan and National Panthers Party patron Bhim Singh.