BJP 'Will Suffer in 2017,' Warns Hardik Patel at Mega Rally in Ahmedabad

Ahmedabad: With a 21-year-old leading the charge, at least half a million protestors  paralyzed the heart of Ahmedabad today, demanding reservation in government jobs and colleges for the powerful Patels or Patedars, one of the Gujarat's most affluent and influential castes.

Hardik Patel, who has emerged as the spokesperson for the massive campaign was clear in his warning to the BJP government. "In the next (Gujarat) election in 2017, the lotus (BJP symbol) will not bloom if our needs are not met," he said at a packed public ground, around which nearly 20,000 security personnel were posted. 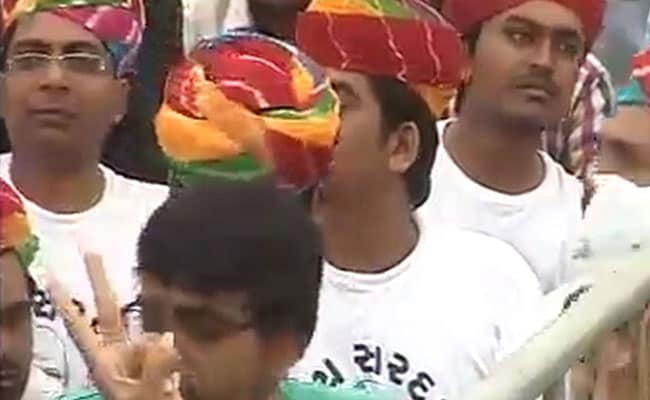 Volunteers seen wearing T-shirts carrying picture of Sardar Vallabhbhai Patel.
The Patels, who make up about 12 per cent of Gujarat's population, have been loyal supporters of the ruling BJP. But they say they are competing now with less privileged castes for jobs and university places. Chief Minister Anandiben has ruled out granting the Patidars' request, pointing out that Gujarat's reservation quota has already hit the 50% cap imposed by the Supreme Court; Mr Patel, undaunted, said he is beginning a 48-hour hunger strike at today's venue. 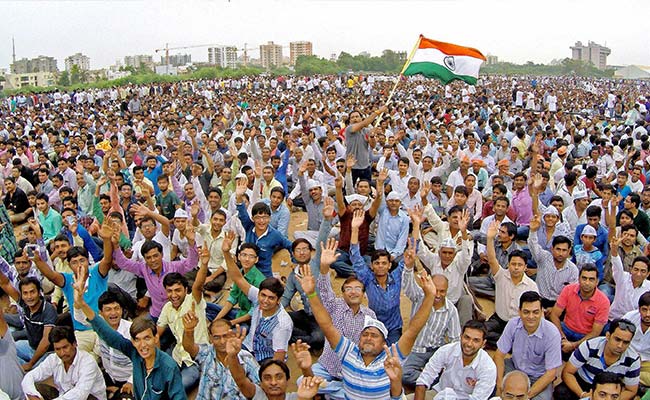 Members of Patel community at a mega rally in Ahmedabad. (Press Trust of India photo)
Traditionally farmers and traders, the Patels now find their youth without technical degrees and  qualifications for jobs outside family-owned enterprises. "A student under reserved category with poorer grades gets admission, but a Patel does not get admission despite having secured higher grades," said Mr Patel in an hour long speech.

From the huge rally, a delegation of protestors marched 10 kilometres to present a charter of demands to the local administration; it clashed with a group that says Patels cannot claim a share of the reservation or quotas intended for castes who suffered the worst sort of discrimination and need to be brought into the mainstream. The two rival groups threw stones at each other; the police teargassed the area to regain control.

No Meals On Domestic Flights Under 2 Hours To Cut Covid Risk: Centre