The Real Story of What Hardik Patel, 21, Wants - And Why 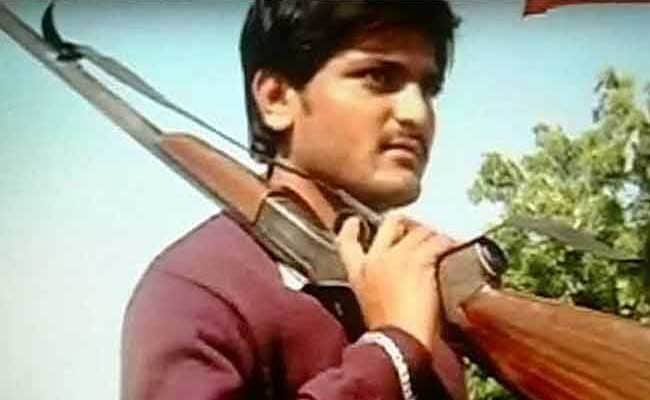 21-year-old Hardik Patel is the face of the movement, the Patidar Anamat Andolan Samiti (PAAS) demanding inclusion in the OBC category.

Ahmedabad: Thirty years after the Patedars or Patels of Gujarat took to the streets protesting against reservation for Dalits, Adivasis and Other Backward Castes in government jobs and educational institutions, they are agitating once again. This time, the Patels want to be counted as one of the socially and economically weaker communities in the State. Led by Hardik Patel, a 21-year-old young businessman who has become the face of the movement, the Patidar Anamat Andolan Samiti (PAAS) has been holding massive rallies in small towns and large cities for the past two months with the warning that they can "make and break governments in Gujarat."

The Patedars or Patels of Gujarat or Patels constitute barely 15 per cent of the state's population according to the 1931 caste census (the stats from the recent caste census have yet to be released by the government) but since its formation in 1960, the community has wielded a disproportionate amount of political and financial power. That's why their demand for inclusion in the OBC category appears surprising.

After all, the Patels, primarily agriculturists, also have huge interests in industries as diverse as textiles, diamonds and pharmaceuticals. They have been, for the last two decades, the most militant and loyal cheerleaders of Prime Minister Narendra Modi's development model for Gujarat designed and implemented during his terms as Chief Minister. 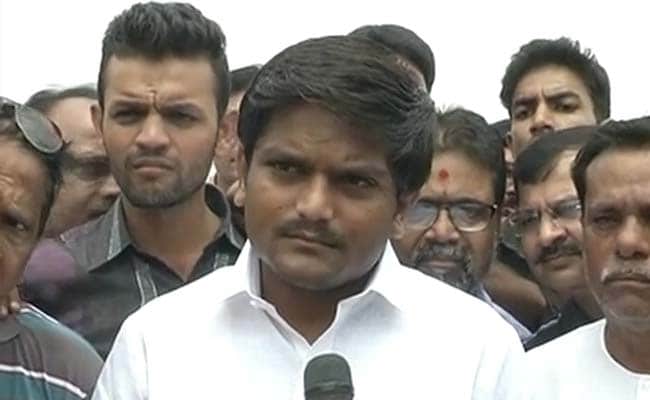 Politically, the dominance of the Patedar community over Gujarat has been near complete. Till the late 1970s, they were Congress supporters, but when the growing ambitions of the backward castes could no longer be ignored, the Congress turned its back on the Patels and forged an alliance of Kshatriyas, Harijans, Adivasis and Muslims, popularly known as KHAM, which ruled the state through the 1980s.

This was a period of great social unrest in Gujarat. Deprived of power, the Patels hit back by launching the violent anti-reservation movements of 1981 and 1985 which targeted both Dalits and OBCs. Forsaken by the Congress, they switched sides to the BJP, and emerged as its most trusted vote bank by the 90s. In exchange, the community continues to be handsomely rewarded. Presently, 40 of the 120 BJP law-makers in the state are Patels, including Chief Minister Anandiben and seven of her senior cabinet colleagues.

So why are they agitating?

One reason the Patels want to be OBCs, believes social scientist Achyut Yagnik, who is based in Ahmedabad, is to get their children into medical and engineering colleges or institutions providing technical education which could make it easier for them to migrate abroad, as well as find jobs locally. The fact that they are poorly represented in these sectors is because the Patels have traditionally chosen to go into business at a young age, instead of pursuing higher studies. Now they are looking for a change. Because somewhere the Vibrant Gujarat story has disappointed even the most ardent BJP fans in the community, particularly amongst the youth.

Here is why. For years, a large section of middle and lower middle class Patels in rural areas had invested their surplus cash from agriculture in micro, small and medium enterprises (MSMEs). The Vibrant Gujarat model - which seeks big investment in the state for infrastructure and other projects - largely overlooked these to focus on big business and industry. Today, according to data compiled by the RBI from scheduled (private and nationalized) commercialized banks, of the 2.61 lakh MSMEs registered with the Gujarat government, over 48,000 are sick, second only to Uttar Pradesh. The MSMEs employ more than 21 lakh people and are located mainly in the districts of Ahmedabad, Surat, Rajkot, Vadodara, Bharuch, Jamnagar, Bhavnagar and Valsad which have a large population of Patels, many of whom are now out of work.

To make matters worse, the diamond industry of Surat, controlled by the Patels of Saurashtra, is facing a sharp slump. In the past six months, more than 10,000 workers have been laid off while nearly 150 units have shut down. That's why the pro-reservation rally held in the city a fortnight ago attracted a crowd of nearly 4 lakh people.

This show of strength has brought together the two major sub-castes of the Patels, the Kadvas and Leuvas. A third, much smaller group, the Anjanas, practiced the barter system and were therefore considered socially backward and eligible for OBC status right from the beginning. So last year while they benefited from the State's recruitment drive for permanent teaching posts in schools, the police force and other government departments, the growing army of unemployed Kadva and Leuva Patels were left out of the selection process, triggering the first protests across North Gujarat where the Anjanas are concentrated and share neighbourhoods with the other Patels.

The Supreme Court has ruled that reservations cannot cross the 50 per cent mark in any state which Gujarat has already reached. That's why the demand by the Patels for a piece of the 27 per cent OBC reservation pie (part of the overall 50 per cent quota) has pitted them against the 146 groups which are already on the backward list and includes Prime Minster Narendra Modi's community, the Ghanchis, who acquired OBC status as late as 1999 and monopolise the oil and grain trade in Gujarat. The comparatively less prosperous and more aggressive Rabaris, Bharwads, Kolis and Thakores, amongst others, have threatened to oppose any further division of their quota.

Caste tensions are already rising in the state. During a recent cycle rally taken out by the Patels in Bapunagar, an industrial suburb of Ahmedabad, with a large Scheduled Caste population, anti-Dalit slogans were repeatedly raised. Although Scheduled Castes are non-players in the ongoing reservation drama, they are amongst its most visible beneficiaries in urban areas. And in a society, which despite its economic growth, is deeply caste ridden, and communally divided, this cannot be good news.