Assam Sets Up Inquiry Into Elephant Deaths, To Build Memorial Too 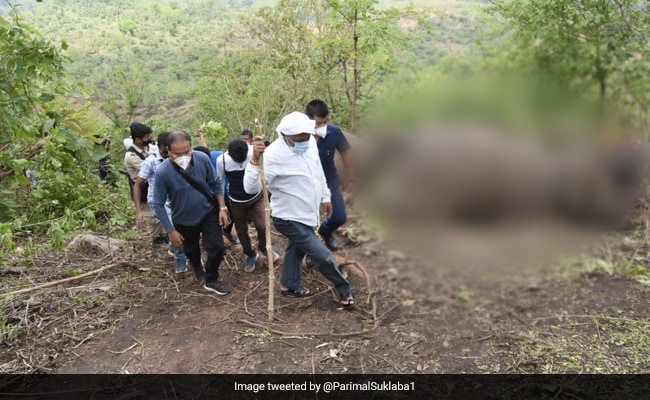 It is suspected that the elephants were killed after lightning struck them on Wednesday night.

The Assam forest department has initiated an inquiry after 18 wild elephants were found dead on Thursday at Kundali proposed reserve forest in Nagaon district.

It is suspected that the elephants were killed after lightning struck them during rain in the area on Wednesday night.

State Environment and Forest Minister Parimal Suklabaidya and senior forest department officials visited the site of the incident today to take stock of the situation.

Earlier, Chief Minister Himanta Biswa Sarma had asked the forest minister to visit the spot to assess the situation.

"We are immensely pained by this tragic incident. We are getting the post-mortem conducted and after that, we will arrange for their burial. We will investigate it. It appears like lightning but other reasons cannot be ruled out," said Mr Suklabaidya.

The minister also announced that a memorial would be built for the elephants.

KK Deori, Deputy Conservator of Forest (Publicity), has been appointed as the inquiry officer and he will investigate the matter along with a team of veterinarians.

"The veterinary team should submit a preliminary report within three days and the final report within 15 days from the date of the issue of the order. The investigation officer should make the investigation under relevant provisions of the Wildlife (Protection) Act, 1972," said MK Yadava, Additional Principal Chief Conservator of Forests (Wildlife) and Chief Wildlife Warden.

He added, "The veterinary team should carry out a detailed postmortem of the elephants, including collection and examination of samples for all relevant investigations in order to establish the actual cause of the death of the elephants."