Assam NRC: The Union Home Ministry said the NRC data is safe and cited "some technical issue in visibility on cloud". The ministry said the problem is "being resolved soon". 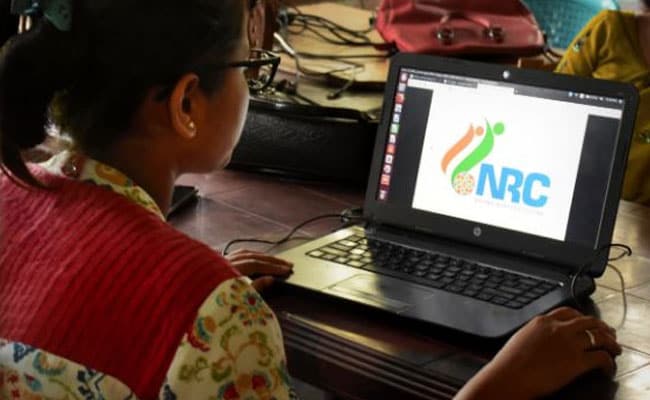 The Assam NRC was uploaded on its official website ''www.nrcassam.nic.in''.

The data of the final citizens' list in Assam, published last August, has vanished from the website of the state National Register of Citizens (NRC) where the data was published as mandated by the Supreme Court. The Union Home Ministry said the NRC data is safe and cited "some technical issue in visibility on cloud". The ministry said the problem is "being resolved soon".

NRC authorities claim non-renewal of contract with IT firm Wipro as the reason for the data's disappearance.

The complete detail of exclusion and inclusion of bonafide Indian citizens in the Assam NRC was uploaded on its official website ''www.nrcassam.nic.in'' after the final list was published on August 31, 2019.

"The cloud service for the huge set of data was provided by Wipro and their contract was till October 19 last year. However, this was not renewed by the earlier co-coordinator (Prateek Hajela). So, the data got offline from December 15 after it was suspended by Wipro. I assumed charge on December 24," NRC state co-ordinator Hitesh Dev Sarma told news agency PTI.

He said the state coordination committee had decided to do necessary formalities in its meeting on January 30 and wrote to Wipro during the first week of February. "Once Wipro makes the data live, it will be available for the public. We hope that people will be able to access it in the next two to three days," Mr Sarma said on Tuesday.

In statement, Wipro said it had continued to pay the hosting service fee until the end of January "as a gesture of goodwill" and that it is willing to continue providing these services if the agreement is renewed by the authorities.

The Congress, which is the main opposition in Assam, letter has termed this development as mysterious and a "malafide act".

This row of the 'missing' data comes at a time when the final NRC list in Assam is yet to be officially notified by the Registrar General of India.

The citizens' list, to identify illegal immigrants in Assam, has left out over 19 lakh people, leaving them to prove their citizenship. The centre has said people whose names didn't appear in the NRC cannot be declared foreigners till all legal options are exhausted.

Leader of the opposition in the Assam assembly, Debabrata Saikia, wrote to the Registrar General of India and requested him to look into the matter urgently. "It is a mystery as to why the online data should vanish all of a sudden, especially as the appeals process has not even started due to the go-slow attitude adopted by the NRC Authority."

"There is, therefore, ample scope to suspect that the disappearance of online data is a malafide act. Indeed, the deletion of data from the NRC website at a time when the appeals process is yet is start, is prima facie a deliberate violation of the directive issued by the Supreme Court," the Congress leader said in the letter.