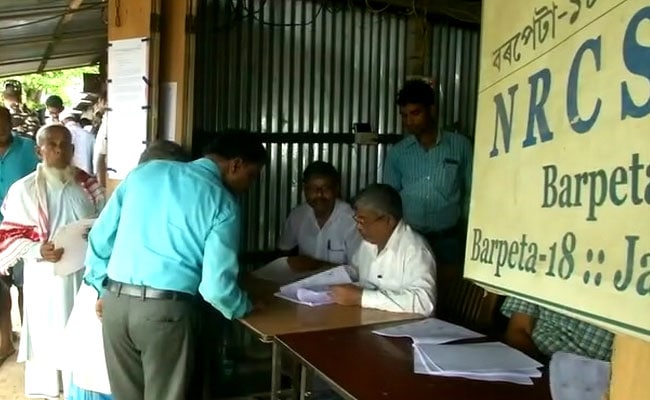 "With respect to the subject cited above and the correspondences under reference, it has come to the knowledge of the undersigned that after publication of final NRC on 31st August 2019, few names of ineligible persons are found present in the final NRC, particularly who are DV, DF, PFT, DVD, DFD, PFTD," the letter read.

"For the purpose of collection of details of such persons the same Webform shall be shared with the DPSs. You are requested to note that this matter is of utmost importance as the details received from your end have to be reported to the Registrar General of India urgently, therefore, requested to send the details within tomorrow (20, Feb 2020) positively," the letter said.

More than 19 lakh people were excluded from the final NRC published in August last year.