Altogether 1380 hectare crop land have been submerged by the deluge in Assam with the worst hit being Lakhimpur district. 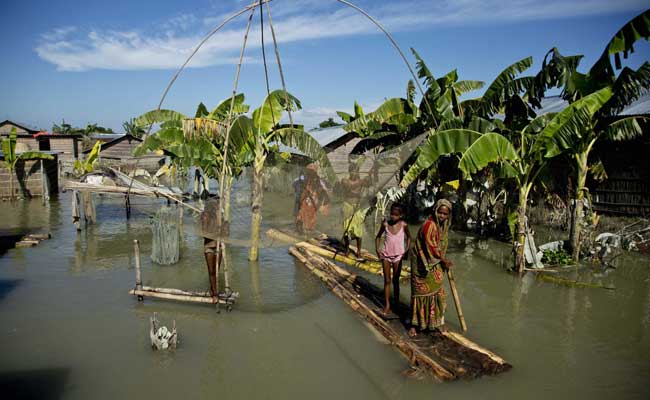 Five rivers are flowing above the danger level in Assam. (File)

Guwahati: The flood situation in Assam today remained unchanged with more than one lakh people affected in eight districts. Heavy rains led to water logging in various parts of the state where five rivers are flowing above the danger level.

Water logging has been reported from Jayanagar, Sixthmile and VIP Road of Dispur in Kamrup Metro district, the report said.

Altogether 1380 hectare crop land have been submerged by the deluge with the worst hit being Lakhimpur district, the report said.

River Dhansiri at Numaligarh in Golaghat district, Jia Bharali in Sonitpur district, Barak in Cachar district, Badarpurghat and Kushiara in Karimganj district and Katakhal in Hailakandi district were flowing above the danger level, it added.
Comments
Assam floodswater loggingdanger level