According to the provisions of the Armed Forces (Special Powers) Act, a "Disturbed Area" is one that has seen (or could see) violence due to differences between religious, racial, linguistic or regional groups 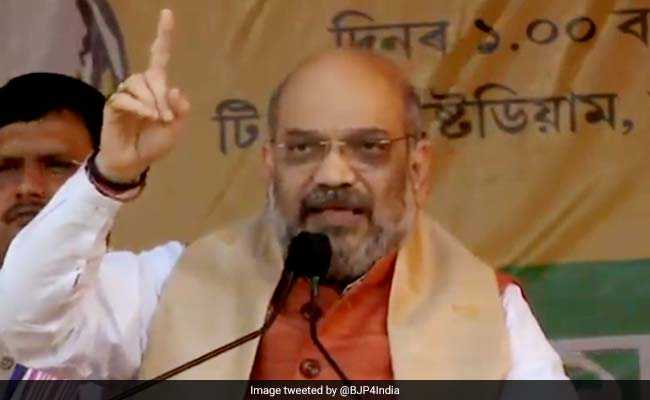 Hours before Union Minister Amit Shah's two-day visit, the Assam government declared the state a "Disturbed Area", for a period up to six months, under the controversial Armed Forces (Special Powers) Act, 1958. The notification, backdated from August 28, two days before the release of the final National Register of Citizens (NRC) list that excluded over 19 lakh people, was issued after a "review of (the) law and order situation".

"Consequent upon review of law and order situation in Assam, in the past six months, the State government vide a notification issued to this effect by the Home & Political Department, Assam and as per Section 3 of the Armed Forces (Special Powers) Act, 1958, has declared the entire State of Assam as 'Disturbed Area' from 28-08-2019 up to six months unless withdrawn earlier," an official statement said.

Security had been tightened in Assam ahead of the release of the NRC, with Section 144 imposed and tens of thousands of paramilitary personnel and police deployed, and although the release of the NRC final list went through without any reported incidents of violence, tensions continue to run high.

Threats of being excluded from the NRC weighed heavily on people in the state's lower districts, which are dominated by migrant Muslims. Re-verification calls sent last month triggered panic among villagers in border areas.

Speaking to NDTV, firebrand BJP MLA Silditya Dev alleged the NRC was part of a "conspiracy to keep Hindus out and help Muslims". He alleged the NRC software was bugged and the process of preparing the citizen's list was steeped in corruption.

Last month, after meeting with Mr Shah, Assam Chief Minister Sarbananda Sonowal appeared to suggest the BJP could use the legislative (or ordinance) route to re-examine the final NRC.

Mr Shah's visit, his first since becoming Home Minister, comes after he described illegal immigrants as "termites" and said the BJP was committed to throwing out such people. He made the comments while campaigning in Rajasthan for the national election earlier this year.

AFSPA empowers security forces to conduct operations and make arrests without prior notice, and has seen many allegations of misuse and extra-judicial killings. The act, first imposed in November 1990, has been extended twice before, by the state, citing security concerns over the NRC.

According to its provisions, a "Disturbed Area" is one that has seen (or could see) violence due to differences between religious, racial, linguistic or regional groups.