Rajdeep Goala, a two-time MLA from Lakhipur in Assam, is the son of Dinesh Prashad Goala - a seven-time MLA who had also served as a minister. 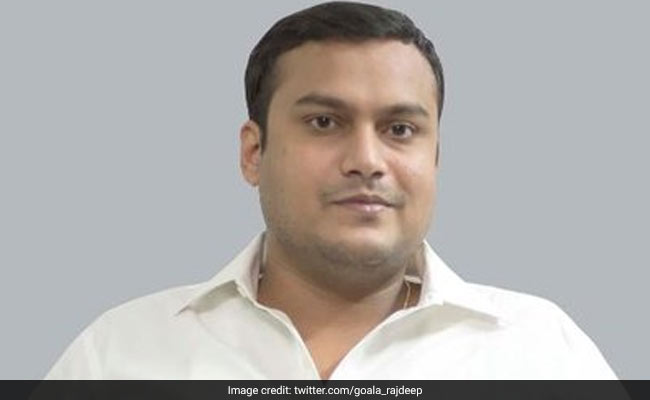 Assam Congress legislator Rajdeep Goala is set to join the BJP in the next few days, state Finance and Education Minister Himanta Biswa Sarma said in Kolkata on Friday.

"In the next few days, Congress MLA Rajdeep Goala will join the BJP," Mr Sarma said while addressing the media.

A day ago, Mr Sarma, who is the convener of the North-East Democratic Alliance (NEDA), had claimed that an important Congress lawmaker in the state will cross over to the BJP soon.

"Some others may join too, a few others are also in touch," he said, while clarifying that the developments had no connect with the Rajya Sabha polls.

Mr Goala, a two-time MLA from Lakhipur in Assam, is the son of Dinesh Prashad Goala - a seven-time state lawmaker who had also served as a minister.

Rajdeep Goala entered the assembly on a Congress ticket from Lakhipur in 2014 by winning the by-poll necessitated by his father's death. Subsequently, he was re-elected in 2016.