Aero India, Asia's largest military aviation exhibition, has been held at Yelahanka air base outside Bengaluru since it started in 1996 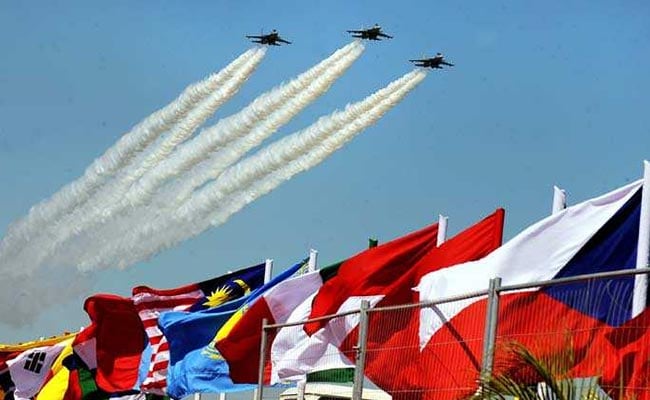 Bengaluru: Hugely upset over reports that Aero India -- Asia's largest military aviation exhibition -- will be moved out of Bengaluru, where it has been held since 1996, Chief Minister HD Kumaraswamy and his ministers have been demanded that the centre speak up on the issue. And on Monday evening it did - kind of. While there was no word from Defence Minister Nirmala Sitharaman, her colleague Ananthkumar, who represents Karnataka's Bengaluru South in parliament, said he had spoken to her and dispelled all speculation as "rumours". Reports had said that Aero India would be shifted from Karnataka, the country's aviation capital, to Lucknow, where the centre is building a huge defence corridor.