The chief minister also alleged that the centre wants to weaken his government through this bill. 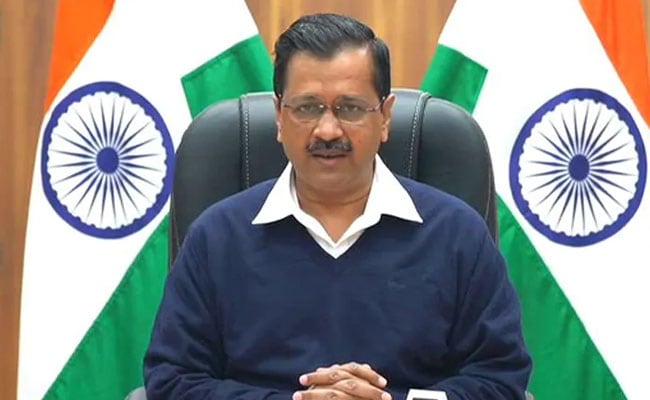 Arvind Kejriwal said BJP has brought the bill as it is scared of the AAP's reach in other states. (File)

Delhi Chief Minister Arvind Kejriwal on Wednesday urged the centre to take back the bill that seeks to define certain roles and powers of the Lieutenant Governor of the national capital.

Speaking at a protest organised by the Aam Aadmi Party (AAP) against the Government of National Capital Territory of Delhi (Amendment) Bill, 2021 at Jantar Mantar, the chief minister also alleged that the centre wants to weaken his government through this bill.

"I want to appeal to the centre to take back the GNCTD Bill, don't cheat the people with this legislation," Mr Kejriwal said.

He said the BJP has brought the bill as it is scared of the AAP's reach in other states.

"That is why they are trying to stop our development work in Delhi," he claimed.

Delhi ministers, AAP MLAs and councillors took part in the protest at Jantar Mantar against the bill which, according to the party, gives overarching power to the LG.

The GNCTD (Amendment) Bill, 2021 was introduced in Lok Sabha by Union Minister of State for Home G Kishan Reddy on Monday.

According to the bill, the "government" in the city would mean the "Lieutenant Governor" in context of any law made by the legislative assembly.

The bill also makes it mandatory for the Delhi government to take the opinion of the LG before any executive action.