Mr Kejriwal praised Arun Jaitley for his affection and warmth while wishing him good health. 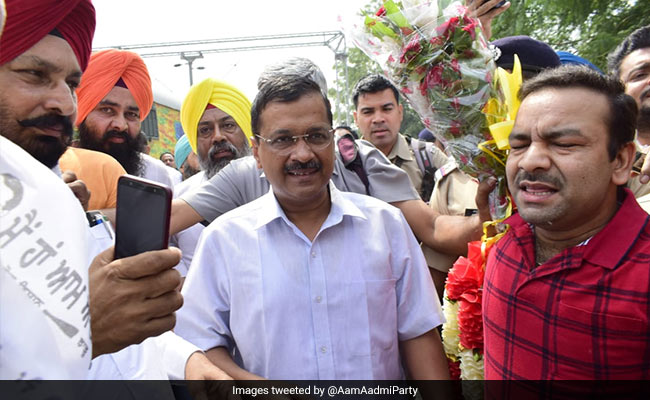 I have always found him to be affectionate and warm: Arvind Kejriwal said tagging Arun Jaitley. (File)

Delhi Chief Minister Arvind Kejriwal wished a speedy recovery and a healthy life to senior BJP leader Arun Jaitley, who on Wednesday wrote to Prime Minister Narendra Modi to excuse himself from being included in the new government at the Centre citing his illness.

Mr Kejriwal praised Jaitley for his affection and warmth while wishing him good health.

"Wish @arunjaitley ji speedy recovery and a healthy life. I have known him since many years and despite political differences, I have always found him to be affectionate and warm," the Aam Aadmi Party (AAP) chief said in a tweet.

He said soon after the ruling Bharatiya Janata Party (BJP) won a massive majority in the just-concluded Lok Sabha election, he had informed PM Modi orally about his intentions of taking time out for treatment of an undisclosed illness.

Without disclosing the ailment he is being treated for, Mr Jaitley said he would continue to informally support the government and the party in any form that is required.