Arvind Kejriwal Hits Out At Manohar Parrikar In His Goa Rally 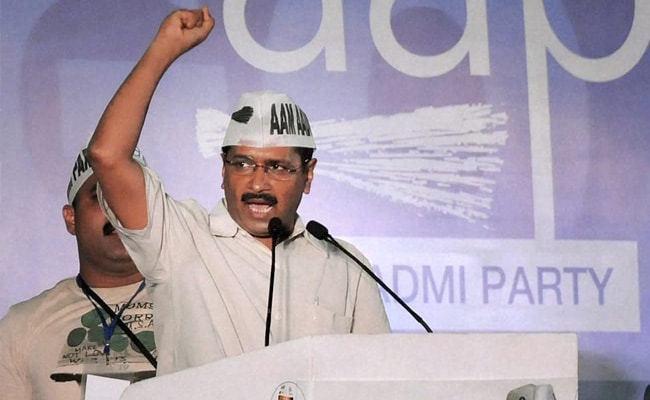 Arvind Kejriwal was addressing a public meeting in Panaji where AAP kicked off its campaign for Goa Legislative Assembly polls scheduled in 2017. (PTI photo)

"Even till date Goa is having (Manohar) Parrikar-led government. He is less available in Delhi and more in Goa. He clears off all the files in the Goa secretariat during the weekend and goes back to Delhi," Mr Kejriwal said.

He was addressing a public meeting in Panaji where AAP kicked off its campaign for Goa Legislative Assembly polls scheduled in 2017.

"The current government is 'katputli' (puppet) one. Parrikar concentrates less on defence and has more interest in Goa," he said.

Referring to AAP's action of filing FIRs in Delhi against industrialist Mukesh Ambani and former Delhi chief minister Sheila Dikshit, Mr Kejriwal questioned why Mr Parrikar could not jail those involved in the illegal mining scam in Goa.

"If I can file case against Sheila Dikshit and Mukesh Ambani, then why Parrikar (former Goa Chief Minister) cannot jail those people involved in corruption during Congress regime," he said.

Mr Kejriwal alleged that the coastal state has been facing a huge issue of corruption.

"BJP and Congress have ruined Goa. The way I was reeling under angst against corruption a few years back, similar sentiments are nurtured by people from Goa at this moment," he said.

"In 2012 people gave mandate to BJP government when it pointed out to Congress' scams in mining, Louis Berger, land conversion, garbage dump," Mr Kejriwal said, adding people across communities came together to give the mandate to BJP.

"Parrikar had promised that he would jail people involved in mining scam and assured to close down casinos but he did nothing. He cheated the people of Goa," he alleged.

"The scams which were started by Congress continued in the BJP-led government. In addition they have more scams in beach cleaning, bitumen, Entertainment Society of Goa and others. Nothing has changed. The corruption level remains the same as that during Congress regime," Mr Kejriwal alleged.

"Four years have been completed by BJP (led-government) in Goa. I was reading their manifesto. I challenge them to show at least five promises that they have fulfilled from election manifesto," Mr Kejriwal added.